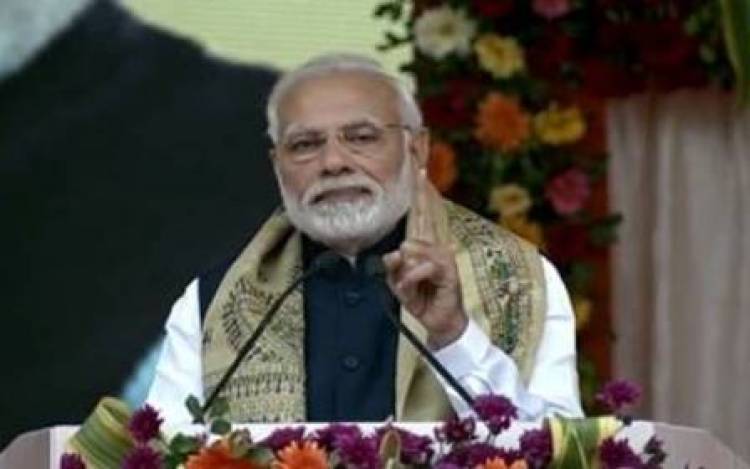 BHUBANESHWAR: Prime Minister Narendra Modi on Saturday said the central government is giving importance on increasing connectivity across the country, as he launched projects worth over Rs 4,500 crore in Odisha's Baripada district.

"Today we are at that stage of the 21st century when there is a lot of work to be done on connectivity. That's why our government is constantly focusing on increasing connectivity across the country," said the Prime Minister.

He said his government wanted to build a new India.

The Prime Minister earlier launched a slew of projects worth over Rs 4,500 crore in Baripada. This is the second visit of Modi to Odisha in less than a fortnight.

He also inaugurated doubling of Naranpur-Basantpur and Chillikidara-Sagadapata line that will connect mineral-rich Keonjhar and Jajpur districts.

The Prime Minister flagged off the second passenger train from Tatanagar to Badampahar.

He also inaugurated the conservation and restoration works for Rasikaray temple and the excavated structure at the ancient Haripurgarh fort.

By digitizing over 50 lakh businesses in 6 months, myBillBook...