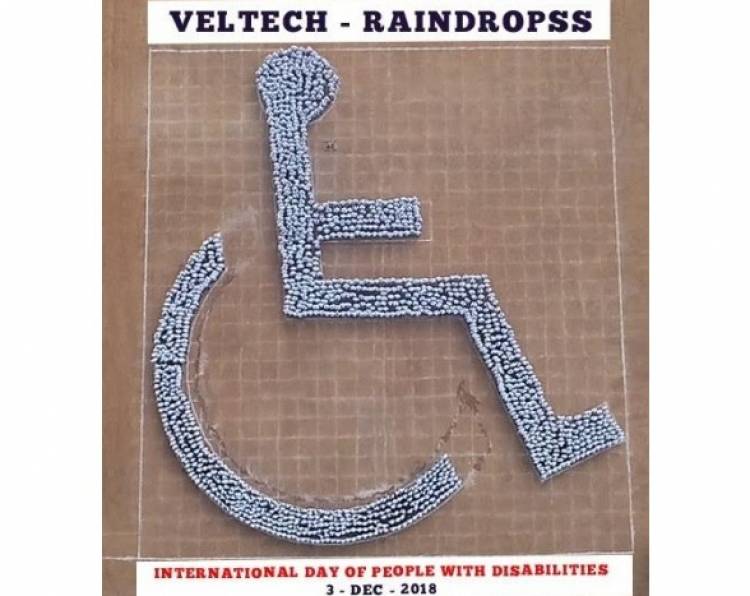 Raindropss, renowned youth based social organization and Vel Tech University have set a World Record on 3rd December, International Day of Persons with Disabilities at C K Nayudu Stadium in their University campus. The World Record event titled as “வானமே எல்லை” aims to promote “Together a better world for all”, an understanding of disability issues and mobilize support for the dignity, rights and well-being of persons with disabilities. The overall aim is to show non-disabled people that a person with a disability can be a vibrant member of society.

The Record was officially announced by Vivek Raja, South India Head of Asia Book of Records and the certificates were awarded to Vel Tech University and Raindropss. The team has submitted the required documents to Guinness for the approval.

The Visual for theme Song Raindropss “வானமே எல்லை” composed by A.R.Raihanah, penned by lyricist Madhan Karky and sung by Bhavatharani and Aravind, was also released during the record attempt. This song conveys a strong social message, a person with a disability can be a vibrant member of society, by proving to themselves that there are many things they can still do.

A Telugu news anchor committed suicide by jumping off the fifth floor of her apartment...

Five persons were killed in China early on Wednesday after a methane gas explosion...