Article 370 will be removed if 'Mauni Baba' returns to power: Amit Shah 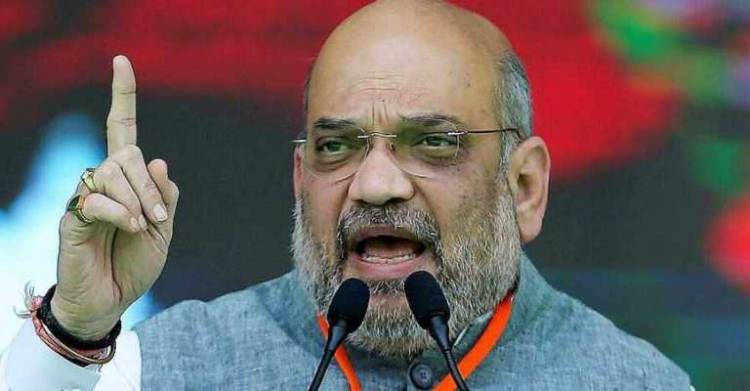 RANCHI: BJP President Amit Shah said on Wednesday that Article 370 of the Constitution would be removed if Prime Minister Narendra Modi returned to power after the Lok Sabha elections.

Article 370 grants autonomous status to Jammu and Kashmir and limits the Parliament's power to make laws concerning the state.

"I assure you that Article 370 will be removed from Jammu and Kashmir if Narendra Modi returns to power. Jammu and Kashmir will remain a part of India till the workers of the BJP are alive," Shah said while addressing an election rally in Jamshedpur.

Shah on Wednesday campaigned in support of the Bharatiya Janata Party (BJP) candidates in Dhanbad and Jamshedpur.

"After 70 years we have got a Prime Minister who thinks about the country, not any family. During the UPA regime, anyone used to attack our jawans. The 'Mauni Baba' (Manmohan Singh) used to maintain silence over such attacks.

"But after 40 CRPF jawans were killed in Pulwama, the Modi government conducted air strike and killed the terrorists. India became the third country after the US and Israel to target terrorists in another country," said Shah.

He further said that the Balakot air strike brought doom to two places -- in Pakistan and at the office of Rahul Gandhi.

"Rahul 'baba' and his guru Sam Pitroda favour dialogue instead of action if some youth attack the country. But the Modi government will always target the terrorists," Shah said.

Petrol and Diesel will be under GST: Rahul Gandhi

The Telugu Desam Party' (TDP) on Friday announced its transformation as a national...

8 dead in tourist boat capsize in US

At least eight persons have died and over 10 injured in a tourist boat accident...