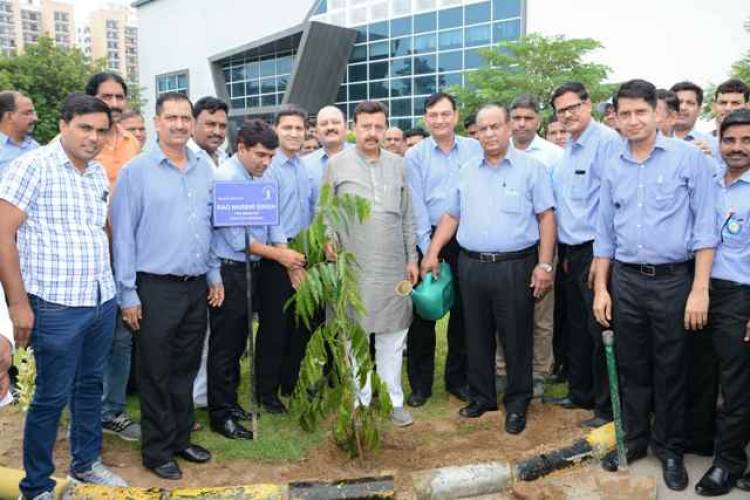 Speaking on the occasion, Sh. Rao Nabir Singh,Cabinet Minister, Government of Haryana said that global warming is one of the biggest threats for the world.The collective efforts from everyone can be the only solution to overcome and prepare ourselves against impending water crisis and leave a legacy for our next generation.”

Mr. N K Minda, Chaiman & Managing Director, UNO MINDAsaid thatenhancing the plantations (by planting number of trees) is a very important step to control global warming and enhance natural water harvesting. We are living in a world where pollution and water crisis are posing threat to existence of mankind and wild life. We must think about our next generation before it becomes worse and things slip out of our hand. Aimed at saving future of our generations, we as a responsible corporate citizen are organizing a plantation drive wherein 50,000 trees would be planted this year in and around Manesar Region and other locationsand will continuewith this initiative year on year.

The Congress on Wednesday asserted that the RSS and BJP hate the Constitution as...

Bodies of drowned Indian techie, son being taken to India

Bodies of drowned Indian techie son being taken to India, The bodies of an Indian...

A change in season brings with it a change in fortunes. Taj?s in-house lifestyle...