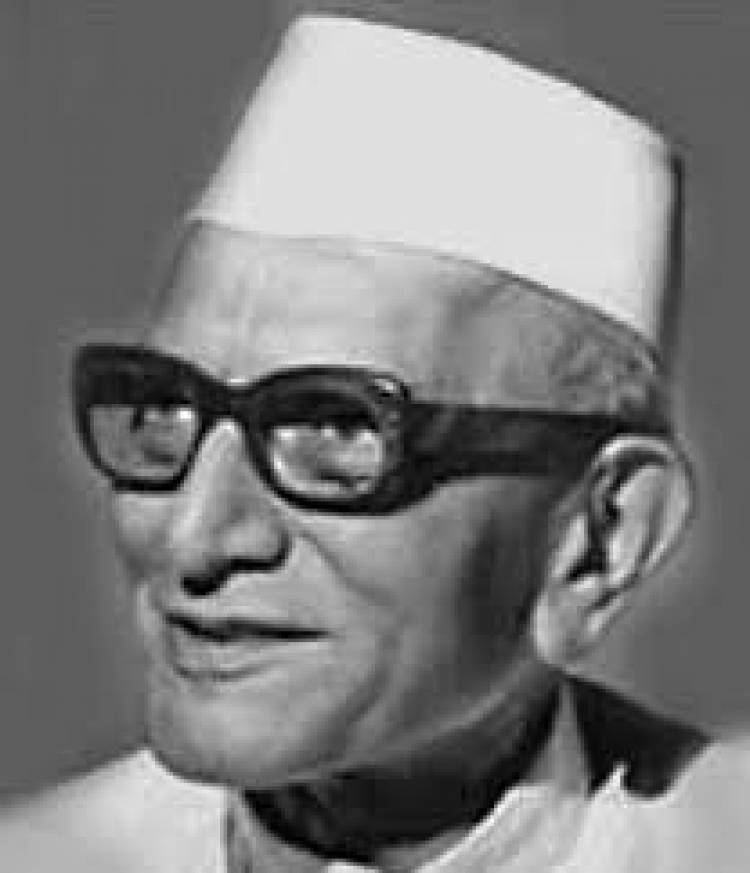 Morarji Desai (29 February 1896 – 10 April 1995) was an Indian Independence activist and serve between 1977 and 1979 as the 4th Prime Minister of India and led the government formed by the Janata party.He is the oldest person to hold the office of prime minister at the age of 84,in the history of Indian Politics.He was conferred with India's highest civilian honour the Bharat Ratna.Following the passing of Prime Minister Lal Bahadur Shastri,Desai was a strong contender for the position of Prime minister,only to be defeated by Indira gandhi in 1966.Desai was elected Prime Minister,and became the first non-congress Prime Minister of India.On the international scene,Desai holds international fame for his peace activism and created efforts to initiate peace between two rival South Asian states,Pakistan and India.After India's first nuclear test in 1974,Desai helped restore friendly relations with China and Pakistan,and vowed to avoid armed conflict such as Indo-Pakistani war of 1971.He was honoured with the highest civilian award of Pakistan,the Nishan-e-pakistan on 19 May 1990.in 1930, Desai lost his confidence in the British sense of justice and decided to resign from Government service for plunging into the freedom struggle. It was a hard decision to take but he felt that 'when it was a question of the independence of the country, problems relating to family occupied a subordinate position'. He was imprisoned thrice during the freedom struggle.When Indira Gandhi took away Finance portfolio from him and nationalized 14 large banks, he resigned and formed Indian National Congress (Organisation) which was also called Syndicate.

Blame court system if something happens: Trump on ban suspensio

Blame court system if something happens Trump on ban suspension, US President Donald...

On this International’s Women’s Day, Prega News gives a...