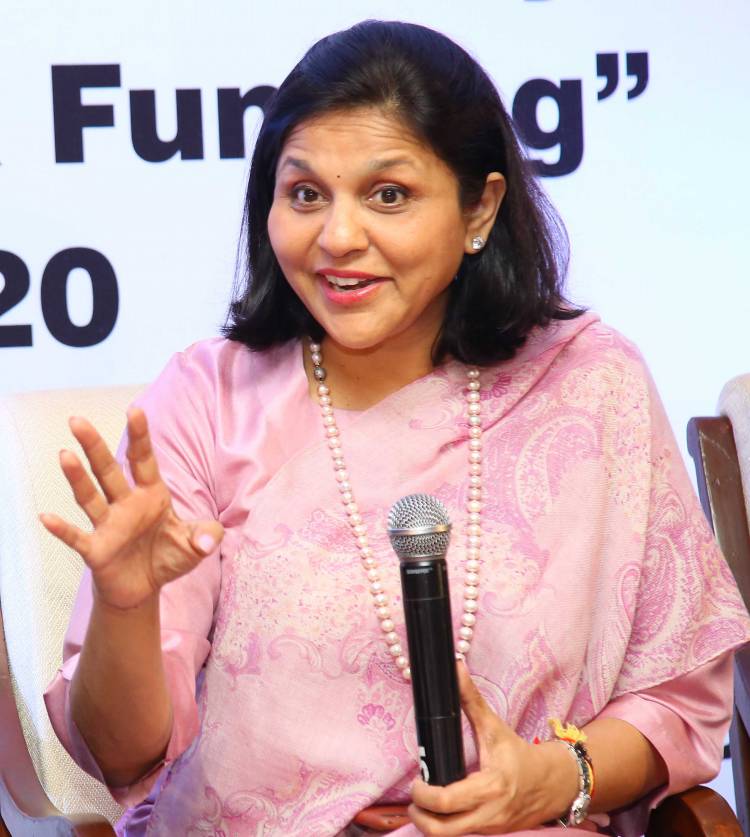 Infusion of Capital into the Economy is Imperative to Rev up Growth: Dr Sangita Reddy, President FICCI

With advance GDP estimates projecting FY20 GDP growth at 5%, it is a necessity now for the government to look at measures to infuse capital in the economy in a systematic way.

Dr Sangita Reddy, President, FICCI said, “The GDP growth estimate for the current financial year of 5% is on expected lines. The growth during the first half of the year has been moderate and we hope to see some momentum in the latter part. In fact, there are nascent signs that point towards an improvement and we need to make sure that these find a more solid footing going ahead”.

“FICCI is of the view that the fiscal deficit target could be relaxed to support infusion of Rs 1.5-2 lakh crore in the economy in the coming year, as such fiscal expansion is much needed at the current juncture to give a boost to demand and trigger investments,” said Dr Reddy.

“The nature of the economy is cyclical and when a potential recessionary cycle is foreseen, move to induct more capital into the economy to re-energize it is more important than worrying about fiscal deficit. A time-bound plan must be put in place on the mechanics to repair fiscal deficit through different measures, including disinvestment in PSUs,” added Dr Reddy.

“Union Budget 2020-21 is to be announced soon and we look forward to government continuing taking steps towards bridging the existing gaps and giving out positive signals to boost the sentiment, consumption and investments. Apart from providing cheaper loans, more efforts must be made to increase incomes, especially in the rural areas. This can be achieved through an increase in the quantum of income support under PM-KISAN and expansion of the Direct Benefit Transfer scheme. Steps are also required to boost construction, infrastructure and exports,” said Dr Reddy.

“FICCI is also of the view that a significant focus on the economies of the future technologies like artificial intelligence, along with added stress on science and innovation, are also critical to add a parallel wave of growth,” added Dr Reddy.

FICCI President said that the government must enable reforms, which will enable ease of doing business, for sustaining growth and demand, and added that a survey is being conducted across industry by the chamber to assess the sentiment of the nation and what it would take for corporate India to re-energize itself.

Fastrack’s entry in Space - A new range of watches