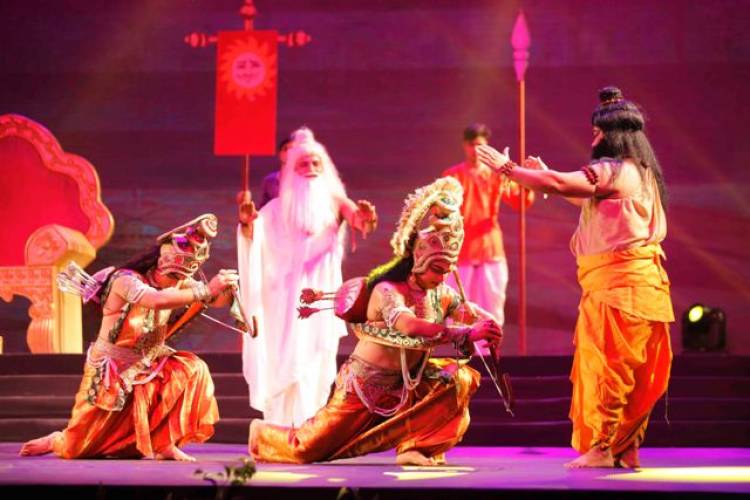 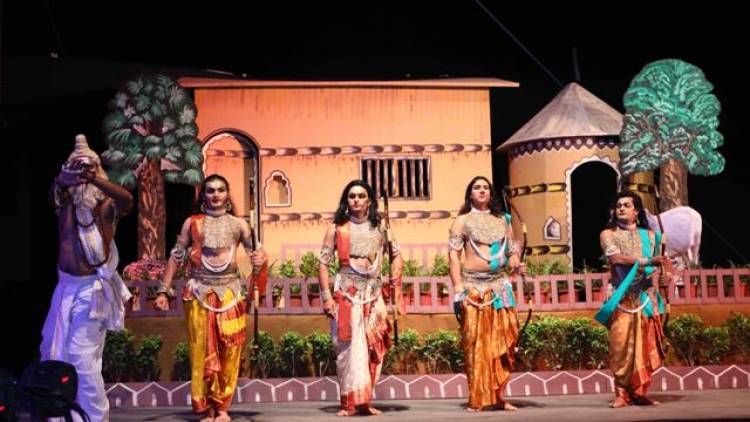 The time of the year has arrived when the subtle fragrance of flowering trees rejoices in Autumnal flair. It is that time when the spirits soar high, welcoming exuberance with both arms wide open. To contribute to this global extravaganza, Aryan Heritage Foundation unfurls  the 5th edition of their runaway success Sampurn Ramayana - the saga of Ramayana, starting from October 2nd to 7th, 2019, repeated everyday at 7pm at Netaji Subhash Place, Pitampura, New Delhi

In the midst of a myriad of Ramlilas that make rounds nationwide, the one to stand out is Aryan Heritage Foundations’s Sampurn Ramayana, a three-hour long composition cured and treated in an innovative Broadway Theatrical Style. While one can only sit back and contemplate what ‘newness’ an epic like Ramayana can still, offer, the visionary in Mr Rajender Mittal is determined at taking this ideation to levels much beyond the imagination of one and all. With the help of an army of able technicians and a large group of talented artists, Sampurn Ramayana has been able to sweep its audiences over their feet and fall in love with its inimitable way of depicting the life events of Lord Ram since his birth.

Like every passing year, the methodology this time around for Aryan Heritage Foundation's Sampurn Ramayana, is again a notch above the previous years. While the uniqueness will still be offered by Massive Multi-Layer LED Screens to create an illusionary experience for audiences to imbibe the essence of the show as if they were living through it, the music and costumes will play as an integral organ, very typical of this theatrical. Known to improvise year after year, the Foundation this time has added more dynamism by designing new vibrant costumes for a much larger group of artists and has fortified it with new soundtracks keeping the original as its soul.

To the tunes of Music Directors, Chandra Kamal who is the son of Raj Kamal (Music Director of the epic Mahabharat by B.R. Chopra) and Bharat Kamal, the impact of the versatile voice of Udit Narayan singing the title track and a strong yet soulful Kailash Kher sings to introduce Ravana. Directed by Shashidharan Nair and choreographed by Papiha Desai, the show is performed by over 120 professional actors and dancers from the National School of Drama and Mandi House. All of this strung together in the voice-over by Mukesh Khanna to send you back home with an unforgettable experience.

Belonging to the genre of Drama, Sampurn Ramayana is levels apart in a way it is built focusing primarily on transmitting the teachings and moral values that are essential components of a magnificent journey called the Ramayan. The show’s objective is to contribute in the making of a generation that is driven by strong principles. Given the rich heritage and traditions that make India what it is, there is so much to unfold to the derailed youth who can benefit from it and transform their lives.

Sampurn Ramayana is an interactive magical journey. It is more like a time capsule that yearns to transport its audience to a different time zone, to the era of the Lords. And while the audience surrenders to every bit of this entertainer, one can conveniently feel that they have lived a whole lifetime in those handfuls of three hours! The audience is very suavely then transported back to its own life in real-time as each one performs the final aarti holding the symbol of enlightenment in their hands – the humble candle. The experience is extremely spiritual, urging each one to connect with the Almighty first and then with their inner self.

Aryan Heritage Foundation’s Sampurna Ramayana is an exceptional platform which simplifies the intricacies of a legendary epic like the Ramayan. It is the NGO’s endeavour to spread awareness and enlightenment about rich Indian Heritage and Culture. For a concept, this essential in today’s times, a host of eminent names in the field of arts have come together to shape up something as spectacular as this for the discerning audience.

The heart of Sampurn Ramayana lies in its music. While 16 soul-touching Original Sound Tracks (OSTs) form the framework of this theatrical, fusion of Indian and Western music makes it contemporary and ethereal. It works as a vehicle to portray not just the events of the epic but also the various points of view of the characters and their reasoning behind every action. Scenes are spanned over a big stage of 180 feet, and further divided into 6 sub stages only to ensure an uninterrupted movie-like experience.

The foundation strives to balance the heavy inclination of our generation towards western culture and values. While the shift is primarily driven by modern lifestyle and professional dependencies lured by the mirage of quality life, it is ironical to see Westerners adopting Indian Culture for a deeper understanding of self and the universe for better quality of life. Aryan Heritage Foundation is committed to bridging this gap by spreading our rich Indian Heritage and Cultural values on a modern platform, in a language, understood by youth, and in a time frame which fits in today's hectic lifestyle and busy schedule.

Rajender Mittal (Creator of Sampurn Ramayana and President of Aryan Heritage Foundation) said, "We knew we were on to something great when we started out, but the response we got from the audience has far exceeded our expectations. People from all age groups are coming to witness this phenomenon, and their love encourages us to take this show to new levels year after year. Even repeat audience gets to see a fresh show every time. We feel proud that we have been the inspiration for a great change where more and more Ramlilas are converting to the 3-hour format."

Ishwar Bansal (Chairman of Aryan Heritage Foundation) said, "Sampurn Ramayana is the best way to educate our children about the teachings of Lord Ramayana in 1 single day"

Ajay Gupta (Treasurer of Aryan Heritage Foundation) said, "Such is the impact of our show that inspite of the current economic slowdown, people are coming forward and donating with full heart to facilitate the show"

TikTok Launches #CNSchallenge in 40+ Countries and Regions Globally with the release...

ICICI Bank today announced that it has integrated its AI powered multi-channel chatbot,...