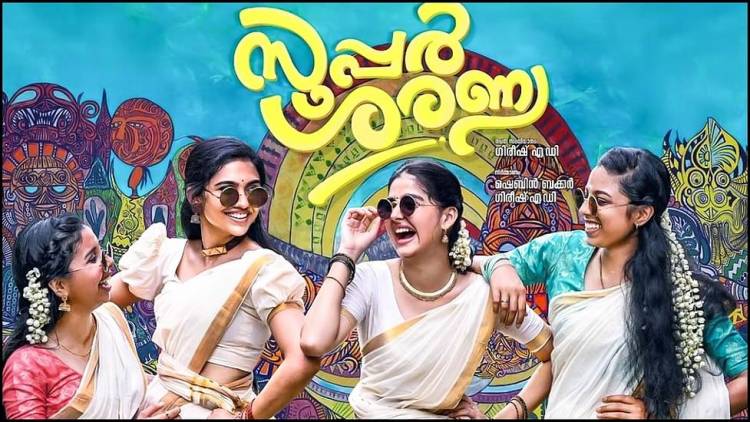 The typical old-school romantic drama is partly enjoyable, but misses the spark or sensibility that marked director Girish’s debut film

When ladies’ hostels are portrayed in Malayalam cinema, the gaze often has been that of an outsider, mostly that of a male trying to gain access to it or taking a look at it from far away. In Super Sharanya, at least in its enjoyable initial portions, the gaze is from the inside, with the script portraying the bonding between a group of young women in an engineering college. Yet, for a movie which sets out with such sure steps, and a seeming intent, the way it squanders it all in the latter half comes as quite a disappointment.

Also Read | Get ‘First Day First Show’, our weekly newsletter from the world of cinema, in your inbox. You can subscribe for free here

Sharanya (Anaswara Rajan), a girl of low self-esteem arrives at an engineering college away from her home, only to find the situation there even worse for someone like her. Ragging from seniors and her own fears of how she is perceived by others drags her down, but a bunch of hostelmates gives her some level of confidence. But more problems are waiting for her, with some men, including a senior and a professor, developing feelings for her.

Filmmaker Girish A.D. had made a sparkling debut with Thanneer Mathan Dinangal, in which he showed that he has quite a grasp on how young people think and behave. The second outing almost gives one the feeling that he has begun from where he left off, with the protagonist Sharanya having much in similarity to Jaison from the first film. Not to forget, the crazy bunch of friends around her, especially Sona (Mamitha Baiju), who is constantly exasperated by Sharanya’s naivety.

Initially, Super Sharanya gives us the idea of being a different kind of film, one in which the women are not reduced to being mere love interests. The scriptwriter has even created a hilarious caricature of a toxic man, similar in looks and behaviour to the much-celebrated ‘Arjun Reddy’. The lecturer who constantly pesters his student with a marriage proposal is also not portrayed kindly. Yet, Sharanya does not have much of an identity or existence, beyond that of being the object of desire of almost all the consequential male characters in the film. She is even shown falling for Deepu (Arjun Ashokan), who might not be an Arjun Reddy, but is domineering and senseless in his own way.

While the first half is quite pacy, with a good dose of humour, the script meanders aimlessly later on, not even justifying the run-time of 164 minutes. Much time is spent on Sharanya’s relationship with Deepu, their constant confusions, fights and patch-ups, that the film is reduced to being a typical old-school romantic drama, topped by a disappointing climax which seems to have been written to satisfy mainstream cinema compulsions.

Though Super Sharanya is partly enjoyable, it misses the spark or sensibility that marked Girish’s debut film.

Actress Meenakshi debuted and impressed with her skill...

Actress Meenakshi debuted and impressed with her skill and talent in kennedy club....