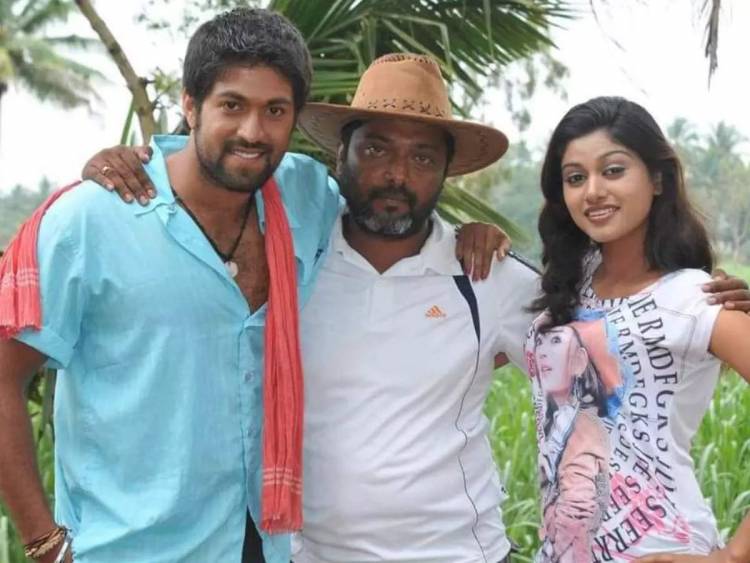 Filmmaker Pradeep Raj, who had directed Yash in the 2011 film 'Kiraathaka', passed away on Thursday morning (20-Jan-2022) due to Covid-19 related issues. Pradeep was 46 years old at the time and is said to have breathed his last around 3 a.m. in a private hospital in Pondicherry - he is, reportedly, survived by his wife and two children.
As per the latest reports, Pradeep Raj had been diabetic for close to fifteen years and contracted the Covid-19 virus a few days ago. However, the filmmaker succumbed to the many health issues around 3 in the morning of January 20th and his final rites, as revealed by his brother Prashanth Raj to the media, will be conducted in Pondicherry sometime during the day.
Pradeep Raj rose to instant fame for making his debut as a director with the Yash starrer 'Kiraathaka'. The film holds a lot of significance in the 'K.G.F: Chapter 2' actor's career as his first bonafide success and also comes with a distinction of being the 3000th Kannada release. Pradeep Raj has also directed other big stars such as Ganesh and Duniya Vijay in 'Mr. 420' and 'Rajani Kantha' respectively. According to a few other reports, Pradeep Raj was gearing up to release 'Kiraathaka 2' this year.