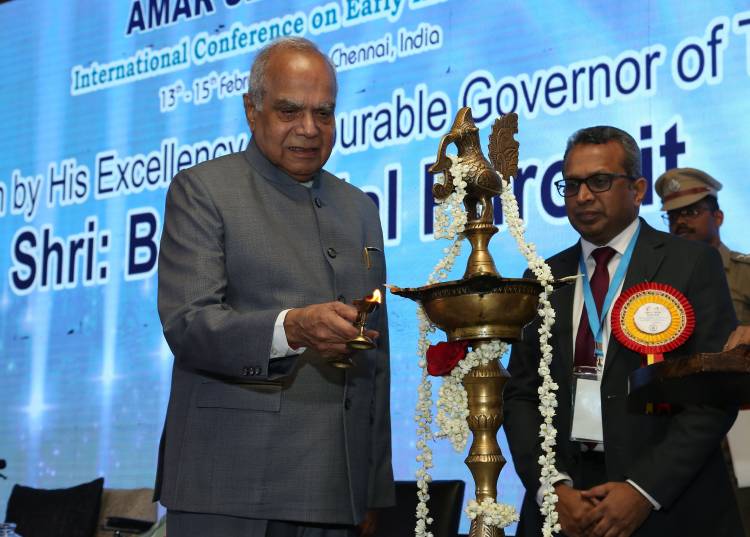 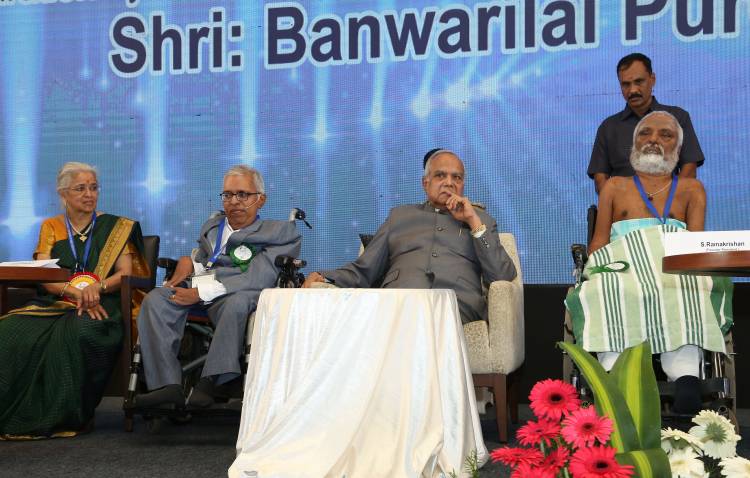 The international conference attended by an impressive 500 experts in this field from India and abroad, had witnessed the launch of mVBR-EI, a mobile application developed by ASSA for managing early intervention of children with special needs as well as a theme song about the Amar Seva Sangam.

The Governor in his inaugural address appreciated the works undertaken by Amar Seva Sangam and said, “ASSA, has envisioned a value for the disabled and are doing a commendable job of reaching down and lifting people. It has been found that in early childhood, the developing brain of children is far more sensitive to stimulation and rehabilitation and therefore it is the ideal time for rehabilitation.”

“ASSA had requested funds to build a compound wall and were falling short of Rs. 50 lakhs. A sum of Rs. 51 lakhs have been sanctioned and will be disbursed in a fortnight. The courage and efforts of these people heralds a new era on the development of the country in area of service,” the Governor added.

ASSA had also organized two pre-conference workshops on the 13th February that was inaugurated by Ms. V. Saroja, Minister for Social Welfare and Nutritious Noon Meal Programme, Government of Tamil Nadu. The workshops were on focused on ‘Designing, implementing, monitoring and scaling-up early intervention programs for children with disabilities’, and ‘Home-based early intervention for children with developmental disabilities and cerebral palsy: A family-centered interdisciplinary approach’.

“Disability is a major barrier to access to education in India. According to a 2016 study published in the Lancet, there are more than 52.9 million children under the age of 5 in the world living with a disability, with 12 million in India and 100,000 in Tamil Nadu alone,” he said.

Mr Sankara Raman, Secretary, ASSA, said, “There is an urgent need to address this issue with quality early intervention to support children in the development of physical, cognitive, emotional, sensory, behavioral, social and communication capabilities and skills. This would increase inclusion and participation of those children in schools and society.”

“The research findings and the significant positive outcome of our flagship programme has initiated the State Government of Tamil Nadu to fund ASSA and scale up the village-based programme to cover the districts of Tenkasi, Tirunelveli and Tuticorin, starting from April 2020.

The Government also aims to make the programme available state-wide which will benefit 100,000 children with childhood disabilities,” he added.

The conference offered a platform for the exchange and adoption of a significant number of diverse experiences, and best practices in the field of early intervention that would maximize children's potential towards inclusion.

Key Highlights of the Programme:

A presentation was also made at the conference on the outcomes of ASSA’s Village-Based Early Intervention & Rehabilitation Programme. The programme began in 2014 and has benefited 1152 children with special needs in the district of Tirunelveli, Tamil Nadu.

The programme trained 2771 Anganwadi workers, village health nurses and community rehabilitation workers in screening for delayed development. It screened 52,036 children under the age of 6 in this district and found a 2.1% prevalence rate of developmental disabilities.

This village-based programme uses a digital application to connect community rehabilitation workers with rehabilitation specialists in order to provide early intervention therapy to children with delayed development. This tech-adoption has improved the children’s development and participation in schools and society. The programme showed improved engagement over time with rates of therapy attendance by children improving from 60% in 2017 to 95% in 2019.

Additionally, more than 35,000 people in the surrounding community showed improved knowledge about child development, early intervention therapy. Thanks to the awareness camps, the initiative also reduced stigma around developmental disabilities.

In addition, the programme is going to be awarded the Zero Project Inclusive Education Award at the United Nations in Vienna in Feb 2020.

With Westernization trending up among the Indian youth, poor lifestyle is attributing...

Jodii, a vernacular matrimony app in Tamil, launched to...