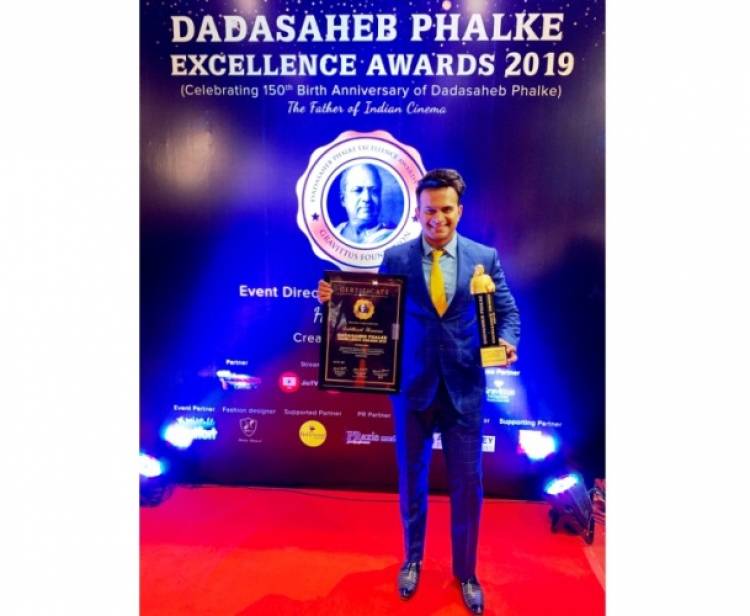 Sid K,as he is popularly known,has received phenomenal reviews for his game changing style of hosting with bollywood stars.

Every A list Star of the Indian Film Industry makes it a priority to be featured on Sid K’s show ‘Ishq Khul Ke’ on Ishq 104.8FM!

Sid K’s hi energy, sponataneous, witty and quirky style makes his show trend on all across social media and has crossed 65 millions views.

He received the award from Kajol and The Family of Dadasaheb Phalke!

Kajol on stage said :’ Siddharth you are the most chulbula host we have and was praising him to the core!’

Bollywood actors have always had fondness for Sid K!

Ranveer Singh: ‘Siddharth’s energy goes beyond my energy..He is truly path breaking as a host and his chat show keeps you gripped!.

Ranbir Kapoor : ‘I have always been a fan of Sid K and he keeps re-inventing himself & is highly entertaining!’

Alia Bhatt : ‘Siddharth’s energy is next level & people all across age groups relate to him! He keeps you on your toes with his wit!’.

Amitabh Bachchan : ‘Siddharth has an amazing voice and personality and he commands attention with his interesting questions!’.

While the bollywood fraternity is congratulating him all over, how does Siddharth feel winning this coveted award??

Sid K: ‘I feel on top of the world and I want to thank each and every person who has supported me. I will work even more hard after this award and will try and go beyond myself to creat content that will bring India on the world map even more!.

Looks like bollywood stars and audiences have more to look forward from this trend setting host Sid K!

Marriott on Wheels cruises through the city of Madurai

Driven by an intent to protect Earth and its environment, Martin Charitable Trust...

Moneycontrol, one of India’s leading business and financial platforms under Network18,...