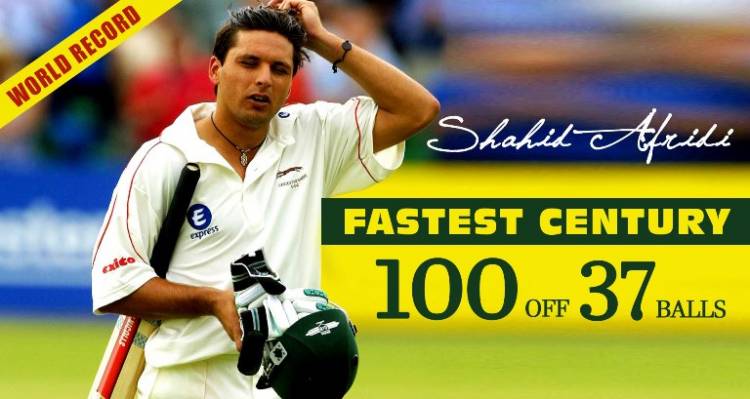 NEW DELHI: Former Pakistan all-rounder Shahid Afridi has cleared the mystery regarding his age, saying he was born in 1975 and not 1980 as stated in the official records.

"For the record, I was 19, and not just 16 like they claim. I was born in 1975. So, yes, the authorities stated my age incorrectly," Afridi was quoted as saying in his autobiography titled 'Game Changer' by ESPNcricinfo.

Although, he didn't mention the date on which he was born.

The revelation from Afridi means he must be at least 20 when he hit the record-breaking 37-ball century which he hit against Sri Lanka in 1996 and not 16 as stated in the official records.

Blaming the authorities for getting his age wrong back in the day, Afridi created more confusion by stating he was 19 at the time.

Afrdi was in the news again when he said that Kashmir belongs to the people of the valley and not India or Pakistan besides urging the two nations to resolve the issue through a Kashmiri-owned, Kashmiri-led peace process.

Afridi in his autobiography also said that Pakistan Prime Minister Imran Khan must do more for Kashmir and its people.

"Kashmir belongs to the Kashmiris. Not to Indians. Not to Pakistanis. That debate comes later. But first and foremost, Kashmir is for the Kashmiri people themselves," said Afridi in the book, co-written with journalist Wajahat S. Khan.

The Institute of Cost Accountants of India (Statutory body...

WHO panel on response to COVID-19 pandemic to begin work...

The World Health Organization (WHO) review committee established to assess the performance...

Signify brings the power of lighting to five school playgrounds...

Signify has partnered with Gurgaon-based SRF Foundation for this project, which...

World Class eye care for all Centre for Sight Group of Hospitals launched their...