ICL Fincorp Limited To Mark Another Milestone Of Success 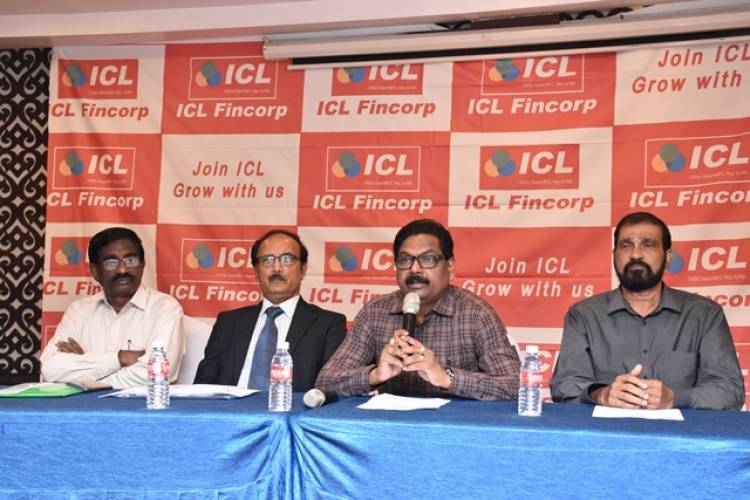 ICL Group, the name synonymous with credibility is on the anvil to place its name to a new milestone. ICL Fincorp is all set to undertake Kolkata based Non Banking Finance Company M/s. Salem Erode Investments Limited. 74.27% of stake is with the promoter group of the said company and ICL has already signed Share Purchase Agreement to take over the company. ICL Fincorp propose to release the Public Issue of Secured Non-Convertible Debentures (NCD) by the end of FY 2019-20. The Size of upcoming Public issue of NCD by ICL Fincorp will be Rs. 100 crores. Besides these, ICL Fincorp has Obtained Trade Licence in Dubai, United Arab Emirates in the similar trade name ICL Fincorp. The Department of Economic Development (DED) is the regulatory authority that manages and delivers business licenses in UAE. ICL Fincorp had its official launch in Middle East in a meeting held at Hotel Grand Hyatt, UAE this month. The company is prepared to commence its operations in UAE within three months.

Founded in 1991 and head quartered at Irinjalakuda in Trichur district of Kerala, ICL is one of the most trusted financial companies with the due approval of Reserve Bank of India in the year 1999. Over the past 28 years, ICL Fincorp has been registering steady business growth under the leadership of Chairman & Managing Director, K G Anilkumar. _ Its his business acumen and futuristic vision that led ICL Fincorp to have an incomparable growth to a highly vibrant national brand and achieve several awards and accolades in financial sector. Through more than 155 branches in South India, ICL Fincorp offers numerous financial services to customers. Gold loan accessible at the least interest rate of 9% repose customers trust in the name ICL Fincorp. Exclusive two wheeler loan for women at 9% , business loan, personal loan, home loan, vehicle loan, hire purchase loan, money transfer, foreign exchange and Medicare Insurance, to name a few. Obviously, the rapid adaptation of technological advances combined with a customer-first’ culture have helped ICL to secure a strong presence in NBFC sector. More than 200% rise in the number of customers in 2018-19 financial year underlines the credibility of the company.

Apart from Kerala, Tamil Nadu, Karnataka, Telangana and Andra Pradesh, ICL Fincorp also going ahead with its expansion plans on the northern region. Keeping the growing needs in mind, ICL Fincorp plans to expand its portfolio at a national level through 1000 new branches by the end of 2022.

Check out the stunning Christmas Hampers exclusively for sale from December 15th...

A romantic V-Day dinner for Rs.20,000 near Chennai

A romantic dinner by the beach with waves touching the feet at Rs.20,000 per couple...

Father kills three daughters in Pakistan, A man was arrested on Saturday for killing...