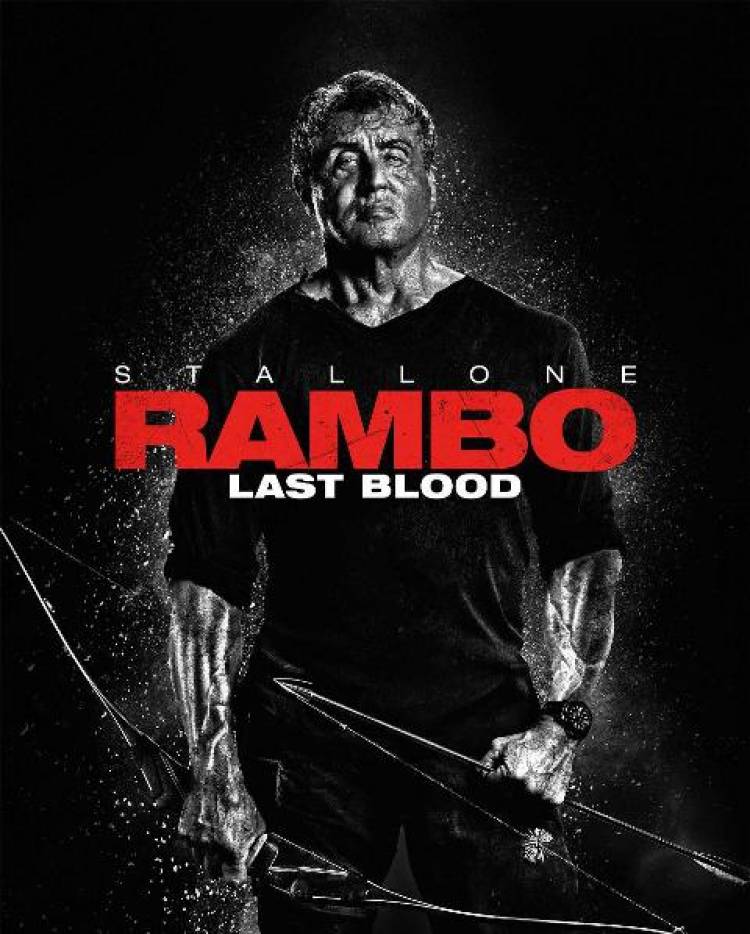 Sylvester Stallone is back and for one last time as Rambo in the final installment of the 1982 original flick in Rambo: Last Blood. Eleven year after the last Rambo movie, Stallone as John Rambo is in a gory revenge fantasy. John Rambo is living on his family ranch running it with a family friend and her teenage granddaughter who Rambo sees as his own daughter. Rambo doesn't go on a life saving rescue mission, atleast not in the beginningor fights for his country in the Last Blood. In this movie, he fights for his only known last family and revenge for the death of his friend's granddaughter.

The movie is loaded with typical old-school action with John Rambo's killing techniques, underground master traps and what not, even his signature bow and arrow. The movie is a lot on the gory side with red being the only colour seen. No blue, No white. Just red everywhere. If you are a fan of such blood and gore with bodies everywhere, each killed in a different way and with specialised underground military traps, this movie is for you.

But the Last Blood is nowhere close to the other movies in its series and falls way short of expectations. The action part has been quite nailed by Sylvester Stallone but that is the only good part about the movie. But what more do we expect in a Rambo movie, ACTION and only ACTION. Given due credit for that, the movie satisfied me as an action movie fan.

Keerthy Suresh may star in Telugu remake of 'Neram'

Actor Sundeep Kishan will star in the yet-untitled Telugu remake of Malayalam hit...