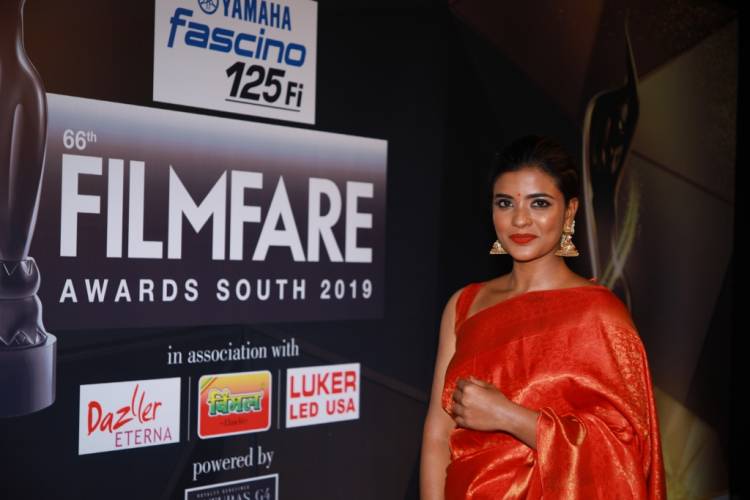 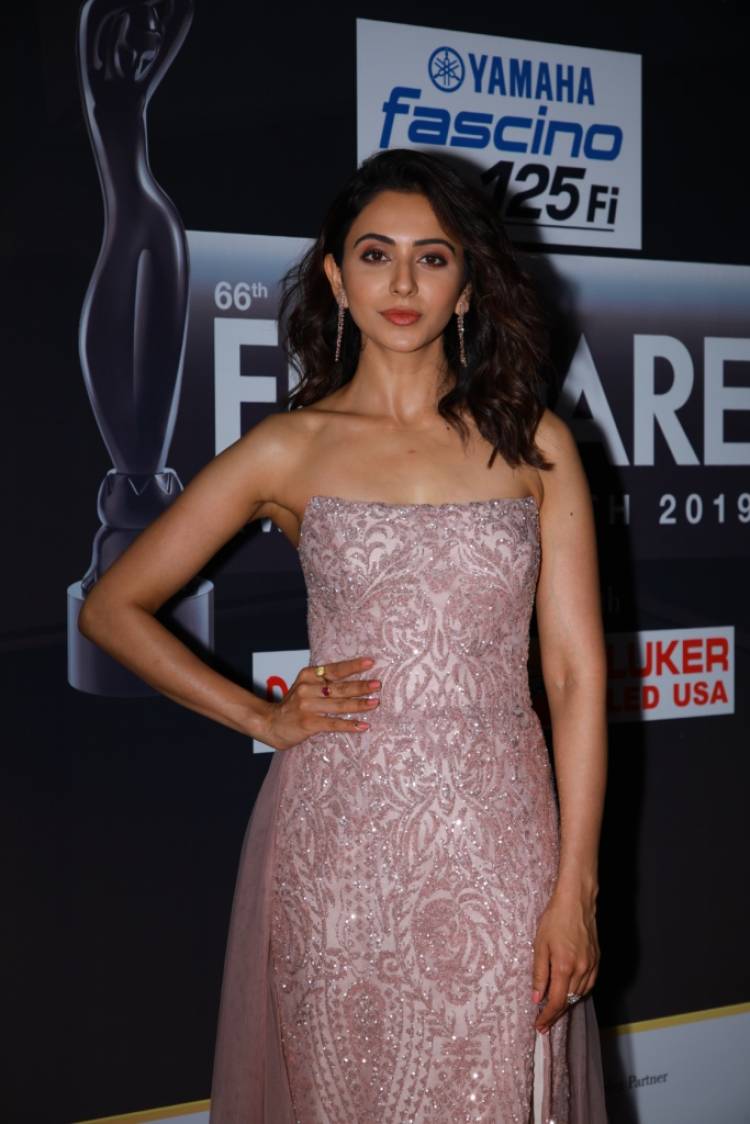 It was raining stars at the 66th Yamaha Fascino Filmfare Awards South 2019.

The 66th Yamaha Fascino Filmfare Awards South, hosted the 66th edition of its awards ‘to bestow the finest of South Indian silver screen. The who’s who of the south Indian film industry gathered on Saturday atJawaharlal Nehru Indoor Stadium, Chennaifor celebrating cinematic brilliance of Tamil, Telugu, Malayalam and Kannada films. The event will be aired on Vijay TV (Tamil), Maa TV (Telugu), Star Suvarna (Kannada) & Asianet (Malayalam).
This starry affair began as the celebrities of these film industries flaunted their most glamorous and stylish avatar on the Red Carpet. ShrutiHaasan looked like a princess straight out of a fairy tale in a long shimmering golden dress. The quintessential Trisha Krishnan rocked a red outfit while posing for the shutterbugs. Not just that, the red carpet of this star studded affair saw presence of eminent artists like Arvind Swami,K. Bhagyaraj, ManjuWarrier, Sathya Raj, Sid Sriram, Manobala among many others.
The award ceremony which recognized and awarded the best of talent in the South film industry also witnessed some spectacular performances and soulful acts. Sizzling South Diva –Celebrities such as Rakul Preet Singh set the stage on fire with her power packed performanceon the medley of AthilokaSundari and Ekbaaramong others. Some of the other breath-taking acts were by SaniyaIyappan and SreeLeelawho peaked the entertainment quotient of the night.The versatile actor SundeepKishanand talented Regina Cassandrawere the hosts for the evening who entertained the audience with their funny anecdotes and comic timing.
Speaking about the 66th edition of Filmfare Awards South, Mr. Deepak Lamba, CEO of Worldwide Media said, “Since its inception, Filmfare AwardsSouth has created a tradition for artists of four South Indian film industries to come together and celebrate their art. As FilmfareAwards Southinches closer towards completingseven decades of awarding cinematic brilliance, it stands strong as the undisputed platform that recognizes best of the film industry.“
Editor of Filmfare, Mr.Jitesh Pillaai also said,” In the past few years, the South film industry has been the source of some of the biggest and most iconic movies along with immensely talented artists that the country saw. Filmfare is honoured to acknowledge the proliferating talent that Southern film industry produces every year.”

Check out the trailer of upcoming Tamil movie "Kudimagan", directed by C. Pethan...