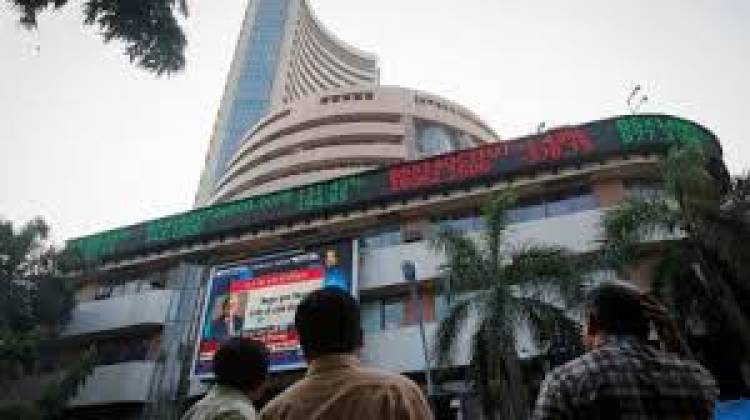 Equity indices notched up smart gains on the last day of 2019-20 on Tuesday, but ended deep in the red for the fiscal as the global coronavirus pandemic triggered record-shattering selloffs in March.

Both the benchmarks posted their biggest ever one-day falls in March, in tandem with other global markets, as investors fled risky assets amid the Covid-19 outbreak.

According to traders, domestic investors turned positive amid rebound in global peers as most Asian benchmarks ended higher on recovery in China's manufacturing during March as authorities relaxed anti-disease controls and allowed factories to reopen.

China's manufacturing PMI rose to 52 in March from a record-low of 35.7 in February.

"Mirroring positive global market, Indian markets also reacted positively on the last day of the financial year. Almost all sectoral indices were up and volatility index was also down by 10 per cent.

"Chinese economic data... improved and helped the global momentum, especially in Metals, Pharma and FMCG. FII selling also slowed down over the last two days, although that may not be sustainable. The performance of global market will be the key driver for Indian market in the near-term," said Vinod Nair, Head of Research at Geojit Financial Services.

All sectoral indices ended on a positive note, with BSE oil and gas, energy, FMCG, metal, healthcare, IT and finance rallying up to 8.72 per cent.

Broader BSE midcap and smallcap indices climbed up to 2.98 per cent.

Bourses in Shanghai, Hong Kong and Seoul ended up to 2 per cent higher, while Tokyo closed in the red.

Stocks in Europe were also trading on a positive note in early deals.

On the currency front, the rupee appreciated marginally to 75.54 against the US dollar in intra-day trade.

The number of Covid-19 cases in India surged past 1,200, according to the health ministry. While there are more than 1,100 active cases, nearly 100 people have recovered.

Deaths around the world linked to the pandemic have crossed 37,000.

Imperative for businesses to join hands with govt, civil

India Pull Back England After Jennings Ton On Debut

Tamil Nadu Government has allocated Rs 1,080 crore for distribution of laptops this...