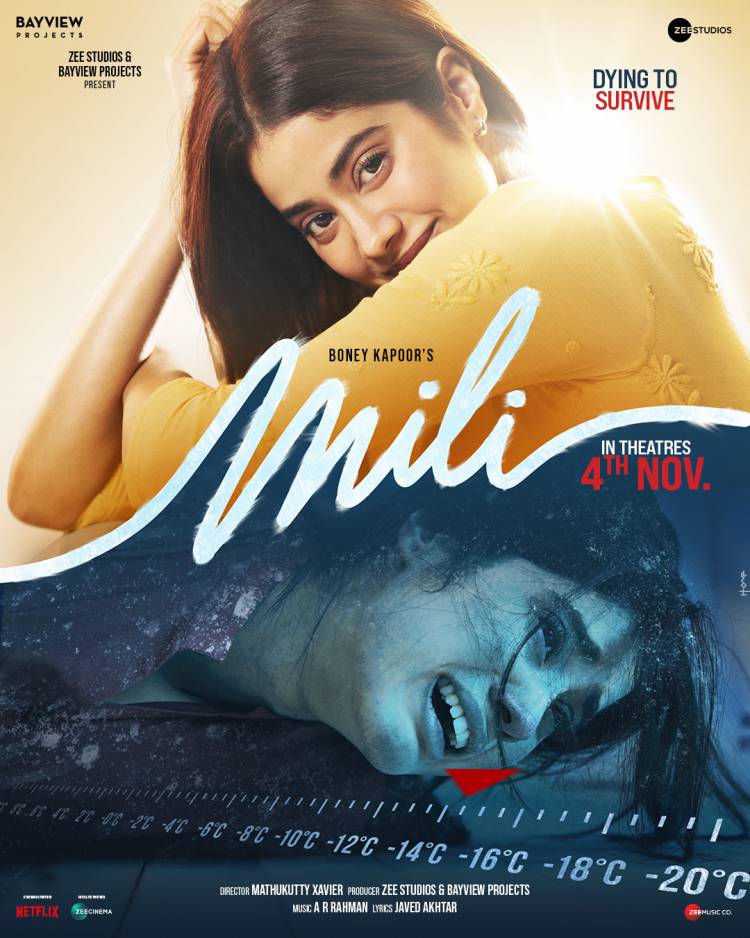 Zee Studios release the first-ever teaser of its most awaited thriller drama Mili. Directed by National award winner Mathukutty Xavier, 'Mili' will see Janhvi play a lead protagonist, yet again pulling off a challenging role which she has not attempted on screen before.

The film's teaser looks gripping and intriguing and showcases a glimpse of a breathtaking sequence of Janhvi Kapoor's serious character play. Capturing a struggling Janhvi amidst a freezing ambience, the teaser aptly lets us a peek into the film's thrilling storyline. Producer Boney Kapoor has managed a casting coup with his & Zee Studios' next production, 'Mili', featuring his daughter for the first time!

Though the details about the film's story and Janhvi's character have been kept under wraps by the makers, one of the biggest USPs of the film is Janhvi Kapoor and Boney Kapoor working together for the first time.

Produced by Zee Studios, Boney Kapoor and directed by Mathukutty Xavier, 'Mili' is scheduled to release in cinemas on 4th November 2022.

12 million and counting!!! Grateful for the love and support!#SooraraiPottruOnPrime...

12 million and counting!!! Grateful for the love and support!#SooraraiPottruOnPrime...

Here is the #Nanbiye video song from #Teddy.