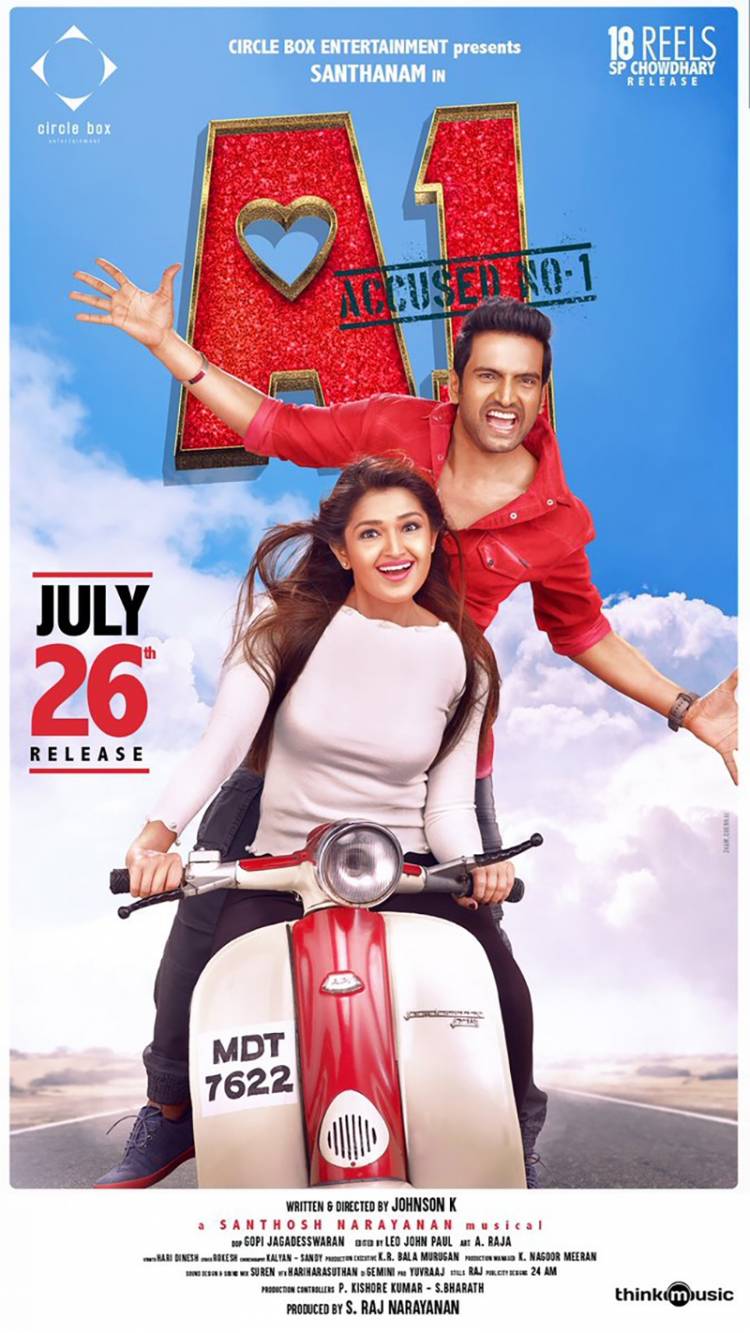 Actor Santhanam was last seen on screen in the horror comedy Dhillukku dhuddu 2, the sequel to his hit 2016 flick Dhillukku dhuddu, and the movie was a comeback for him after the failure of Sakka podu podu Raja.
His next release is going to be A1 - Accused no 1 which is directed by K Johnson, the title winner of the second season of the popular Naalaiya Iyakkunar show and this movie will have Santhanam as North Madras based hero.
A1 was recently censored and the movie's satellite rights have been bagged by Sun network for a massive 4.6 crores and now it's been made official that the movie releases worldwide on July 26. A1 costars Tara Alisha Berry and has music by Santhosh Narayanan.