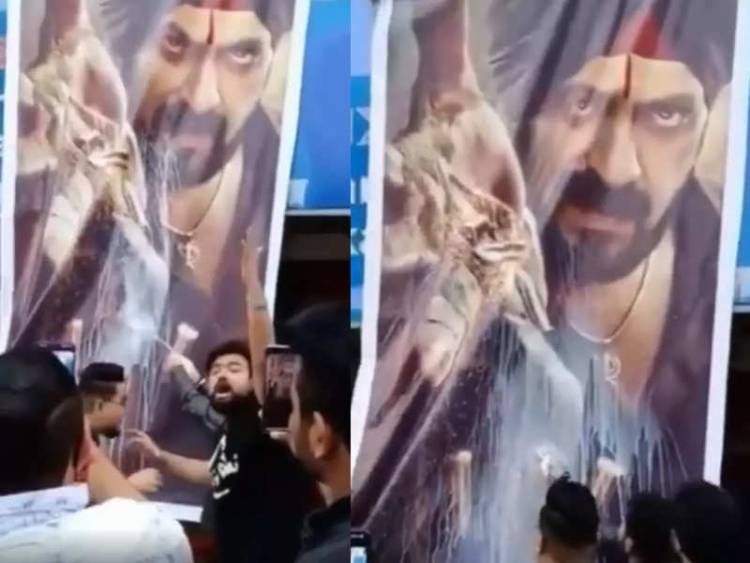 Actor Salman Khan, on Sunday, shared a video on social media in which his fans can be seen pouring milk on 'Antim' posters and dancing to dhol beats.

Along with it, he penned a note to ask his fans to not "waste" milk and further requested them to rather give the milk to underprivileged children who are unable to afford it.

Recently, another video had surfaced on the internet showing moviegoers and fans bursting firecrackers inside a theatre while watching 'Antim'. The actor had also requested his fans on social media to not do so "as it could prove to be a huge fire hazard".

It was the superstar's first theatrical release in India since the COVID pandemic started and his second release of 2021 after 'Radhe'.

Apart from that, he is also going to star in 'Tiger 3', which features Katrina Kaif and Emraan Hashmi as well. The movie is set to release in the second half of 2022.

Elizabeth Moss delivers a stunning performance as the abused and portrays the role...

No time to be blue !!! Makeup: Star Struck by Sunny Leone