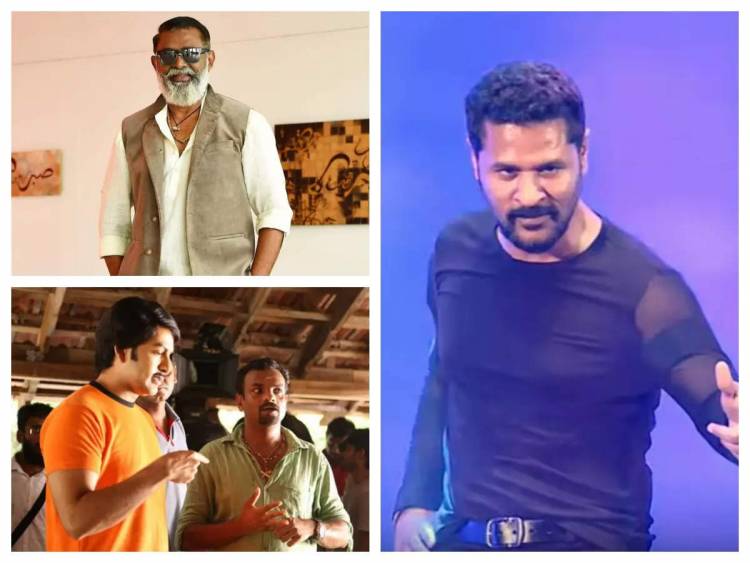 Director RS Vimal has topped his game with his debut Prithviraj starrer film ‘Ennu Ninte Moideen’ which was released in the year 2015. Now, as per the reports, RS Vimal is planning to set his foot in the Tamil film industry. The reports also suggest that the Tamil actor- dance choreographer Prabhu Deva and the Mollywood actor-director Lal will be seen playing the lead roles in the film. The shooting for the movie is reportedly scheduled to happen in the UK and further details are yet to be officially announced by the makers.

Earlier the director RS Vimal had been planning for the mythological film ‘Karnan’ and the announcement was made during a function held in Dubai. ‘Karnan’ was planned as a bilingual movie, mounted on a big scale. K.K Senthil Kumar who is best known for his cinematography works in the massive budget movies ‘Magadheera’, ‘Eega’, ‘RRR’, was roped in as the cinematographer for RS Vimal’s ‘Karnan’. Further updates on ‘Karnan’ haven't been revealed yet by the makers.

RS Vimal’s directorial debut biographical romantic drama film ‘Ennu Ninte Moideen’ received many positive responses from the audience in terms of the execution-style and the stunning performances from the leads Prithviraj Sukumaran, Parvathy Thiruvothu, Tovino Thomas. The magnificent visuals coupled with the soothing musical tracks really enhanced the beauty of the film ‘Ennu Ninte Moideen’ and was a humongous hit during the time.

The Clock is all set for the HUNT #OduOduAadu Out Tomorrow...