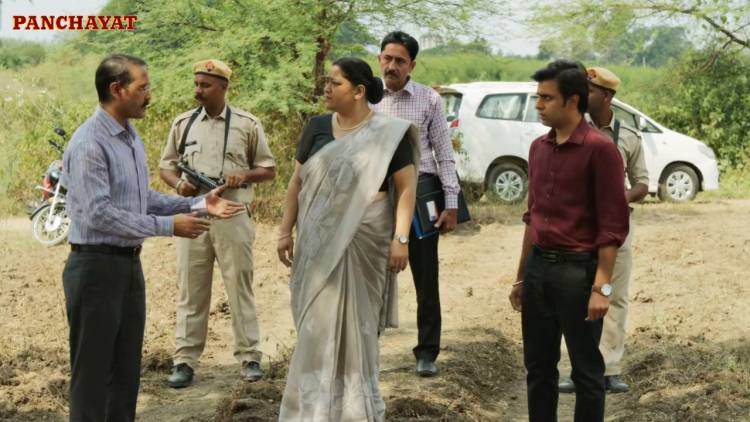 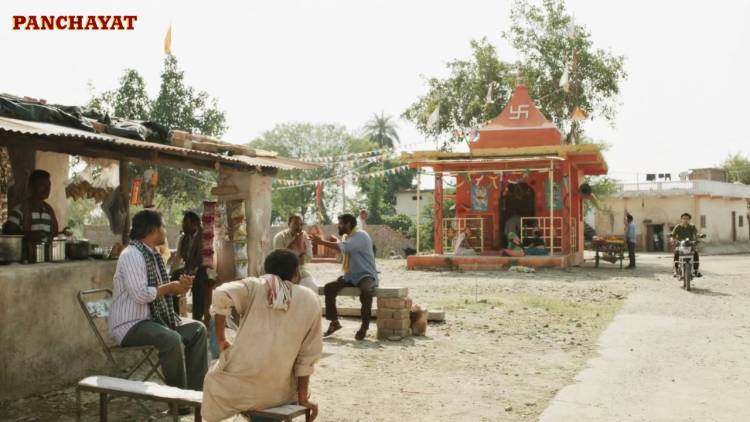 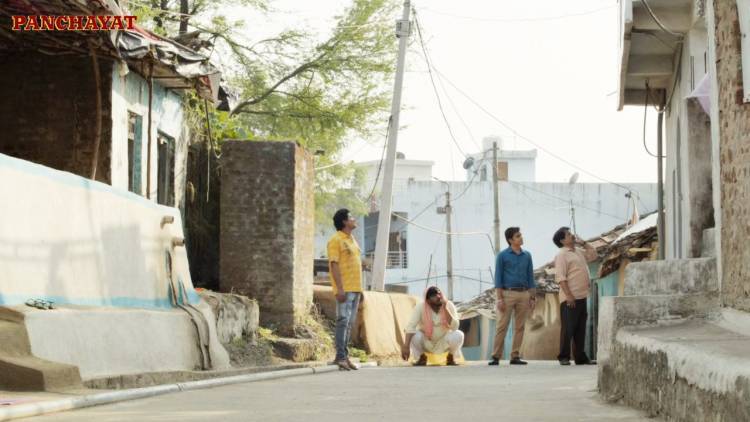 New Delhi, May 27, 2022. The web series Panchayat Season-2, released on Amazon Prime Videos, is not only a series full of comedy, drama and emotions but also shows the relatable look of India's village life. The series is winning many hearts and acting of Jitendra Kumar, Neena Gupta, Raghuveer Yadav is getting a lot of appreciation.
Directed by Deepak Kumar Mishra under the Viral Fever Production, the film depicts Uttar Pradesh’ Ballia district’s Phulera village and its panchayat, but the shooting of the web series was done in Mahodiya village of Sehore, Madhya Pradesh.
Season 1 of the Panchayat series was also shot in Mahodiya village. Apart from the main characters, many other actors and crew members including Saanvika, Chandan Roy, Faisal Malik and Durgesh Kumar were the part of the shooting held for two months in the village for this series. The Panchayat Bhawan around which the web series has been filmed has changed its appearance significantly from the Panchayat Bhawan shown in the first season (2019) due to developmental work. But for shooting, the building was temporarily converted as it was shown in the first season. Thereafter, it is restored to its original form, with the help of Madhya Pradesh Tourism Board and Panchayat Raj Department, Madhya Pradesh government.
Local artists got chance to show their acting skills in the series
The Mahodiya Village of Sehore district of Madhya Pradesh is now a topic of discussion in the country after the release of the series. Mahodiya’ streets, houses, farms and roads etc everything can be seen in the web series. Even the Sarpanch (head of the village) of this village is also a woman same as Neena Gupta has played the role of pradhan of Phulera village, Manju Devi, in the series. People are coming from various places to visit this village after the release of the series.  Apart from this, shooting in Madhya Pradesh also generated employment for the local artists, who got chance to showcase their acting in the web series.
Madhya Pradesh becomes hub of ‘film shooting’
Madhya Pradesh has become the hub of ‘film shooting’ and a good number of filmmakers are coming to shoot their films. Till now, more than 150 projects including feature films, TV Serial/Series, TVCs and Reality shows have been shot in Madhya Pradesh. A few recently released films are Sherni, Durgamati, Chhori, Dhakad, Bhuj etc. and webseries are Maharani, Gullak, Human, Kali-Kali Aankhen etc. After the implementation of Madhya Pradesh Film Tourism Policy-2020, the state government is encouraging film tourism by providing subsidies and all permissions and clearances through single window online system. The availability of line producers, production facilities, local artists and crew etc. makes it much more economical to shoot on diverse, rich and beautiful shooting locations of Madhya Pradesh. Vision of this Policy is to promote tourism in the state and make the state a major film making hub to create employment opportunities in Madhya Pradesh. After the COVID hit lockdown, "The Last Show" feature film directed by Vivek Agnihotri, featuring Anupam Kher, Satish Kaushik and Pallavi Joshi, was shot between 25th September and 22nd October 2020 in the state. It was probably the first feature film in the country which was shot after the lockdown period.

Legend Saravanan's 'The Legend' trailer & audio launch to take place in a grand...

Sometimes classics are the best. #ActressVasundhara in...

Sometimes classics are the best. #ActressVasundhara