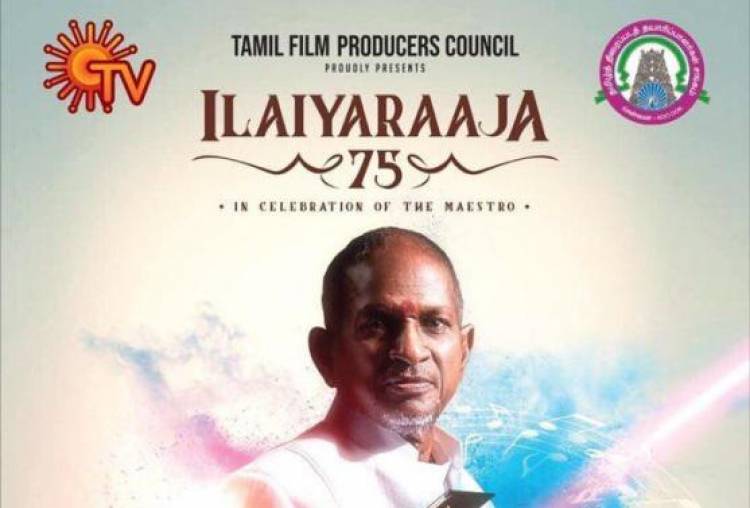 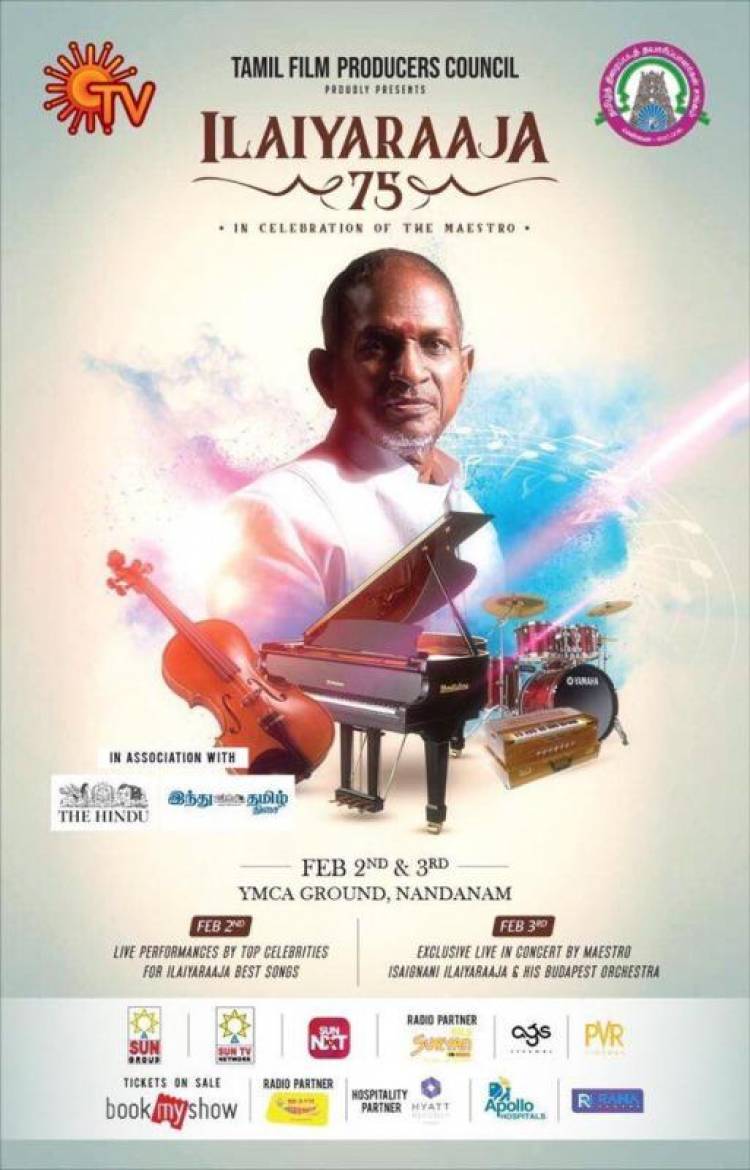 With the ardent buffs of Ilayaraja are so much excited about the event, the  tickets for this 2-day festival like event is  getting sold like hot cakes. With almost all the reigning actors of the industry taking part in the occasion, Superstar Rajnikanth and Ulaga Nayagan Kamal Hassan have already affirmed their presence.

With lots of such grandeur being involved, TFPC President Vishal, General Sectaries Kathiresan and SS Durairaj had personally met and invited the honourable Governor of Tamil Nadu Shri. Banwarilal Purohit at Raj Bhavan to inaugurate the event on February 2. Accordingly, the Honourable Govenror Shri. Banwarilal Purohit has accepted to grace over the occasion to inaugurate by lighting the Traditional Kuthu Vizhakku.

Apart from inaugurating the event, the honourable Governor Purohit Banwarlal will be releasing the special edition book “Ilaiyaraaja 75”.

With the entire industry rigorously preparing for this great event, it is sure that the event will be one of the most memorable occasions in Film and Music industry for seasons to come. Artistes, playback singers and many technicians and others from the industry will amuse and entertain the crowds on February 2, where they will be honouring the legendary Padma Vibhushan Ilayaraja. On February 3, Isaignani ilayaraja will be performing live along with his orchestral group.

Actress Karthika celebrated her birthday in UK with Family

Check out the stills of actress Karthika celebrates her birthday in UK with her...