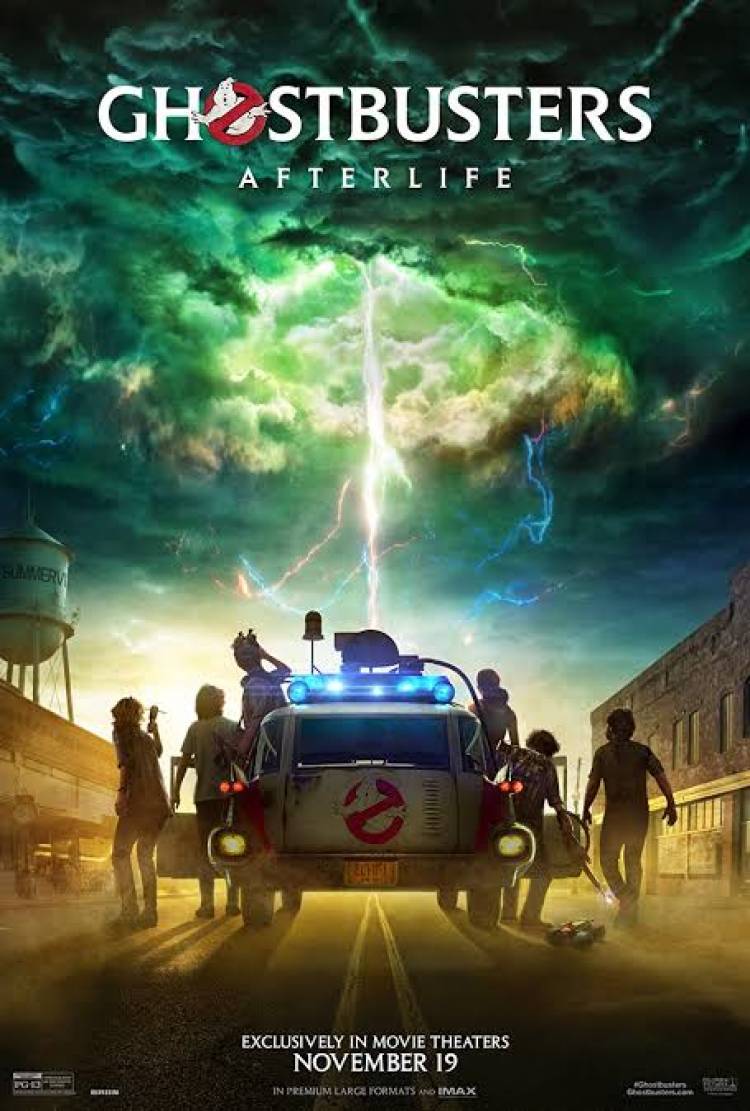 Ghostbuster: Afterlife, the 4th movie in the Ghostbusters franchise is set 3 decades after the 2nd installment. This movie is headlined by Mckenna Grace as Phoebe, Stranger Things fame Finn Wolfhard as Trevor, Logan Kim as Podcast, Carrie Coon as Callie Spengler and Paul Rudd as Mr.Gron. The movie is about how a single mother with her son and daughter are forced to move into a countryside farmhouse left by her father who dies recently and how the daughter finds the connection between them and their grandfather who happens to be a Ghostbuster Legend. They unearth a paranormal mystery in the town and what happens when humanity is in danger forms the crux of the story.

While the movie takes its own sweet time to settle down to introduce to us each and every character, it keeps revealing important information very subtly woven into the screenplay which finally builds up for a big third act. The kids in the movie shoulder the majority of the movie while the original cast of Ghostbusters join towards the end of the movie. Some really good CGI work has been done with one of the original Ghostbusters, Harold Ramis (Dr.Egon Spengler) who passed away in 2014 using archival clips and photos taken from the two original Ghostbuster movies.

The movie is a bit slow paced during the first half but picks up steam towards the end of the second act and finishes off well towards the end. The kids have been aptly cast while the adult cast has not much work in the movie which brings up the question, why a star like Paul Rudd, with the MCU fame behind him, was cast in the movie. Was it just for publicity of starring a big name alone? That question remains unanswered though he has done his job well.

The technical team of the movie has done a good job especially with the visual effects. The movie is directed by Jason Reitman, son of Ivan Reitman who directed the original two Ghostbusters movies and did a good job in carrying out an interesting sequel. Though the success of this movie will determine if more movies in this franchise can be seen in the future.

Ghostbusters: Afterlife - An enjoyable sequel in the hit franchise catered mainly towards kids and young adults.

This power packed dialogue encapsulates the true essence of Pailwaan, an endearing...