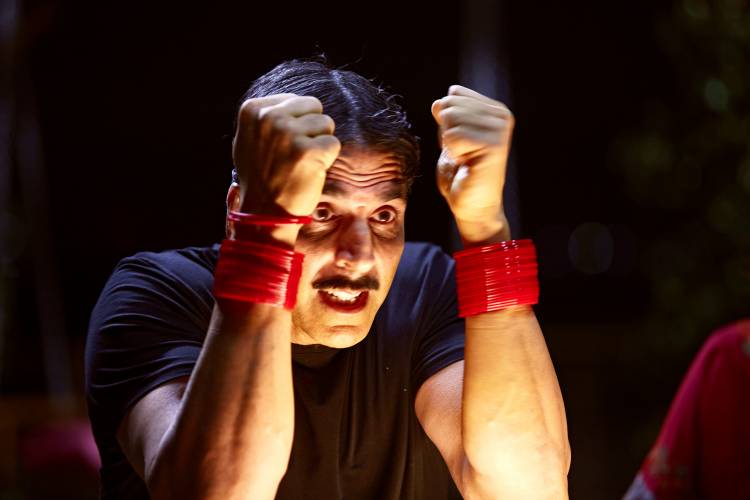 Raghava Lawrence directed ‘Laxmii’ starring action superstar Akshay Kumar plays a role of Asif, who firmly believes that ghosts do not exists, he gets possessed by the spirit of a transgender person named Laxmii, who wants revenge from the ones who wronged her when she was alive.

The versatile actor was praised by the viewers for his extraordinary performance, his energy throughout the film remains unmatched. Akshay Kumar’s body language when is he possessed by transgender Laxmii gets full points from the audience!

Admitting this was the most challenging film of his career the actor adds, “There was a lot to learn in the movie Laxmii, the way the character talks, walks, dances everything required hours of practice. This was the first film wherein I was happy giving retakes as I wanted it to be perfect.”

The actor further adds, “Laxmii was a mentally intense yet emotional character for me, everything that we executed was tough and challenging, something that I have never done in my 30 years career in Bollywood. I was introduced to a new version of me and I tried performing it with all honesty”.

Mark your calendar as ‘Laxmii’ is all set to conquer your hearts & television sets on Sunday, 21st of March at 8.00 pm, only on Star Gold.

Chaipatti trailer: Embark on a roller coaster ride full of horror and comedy

Madhav Media is making a series of promising films in Tamil cinema.After Zero............