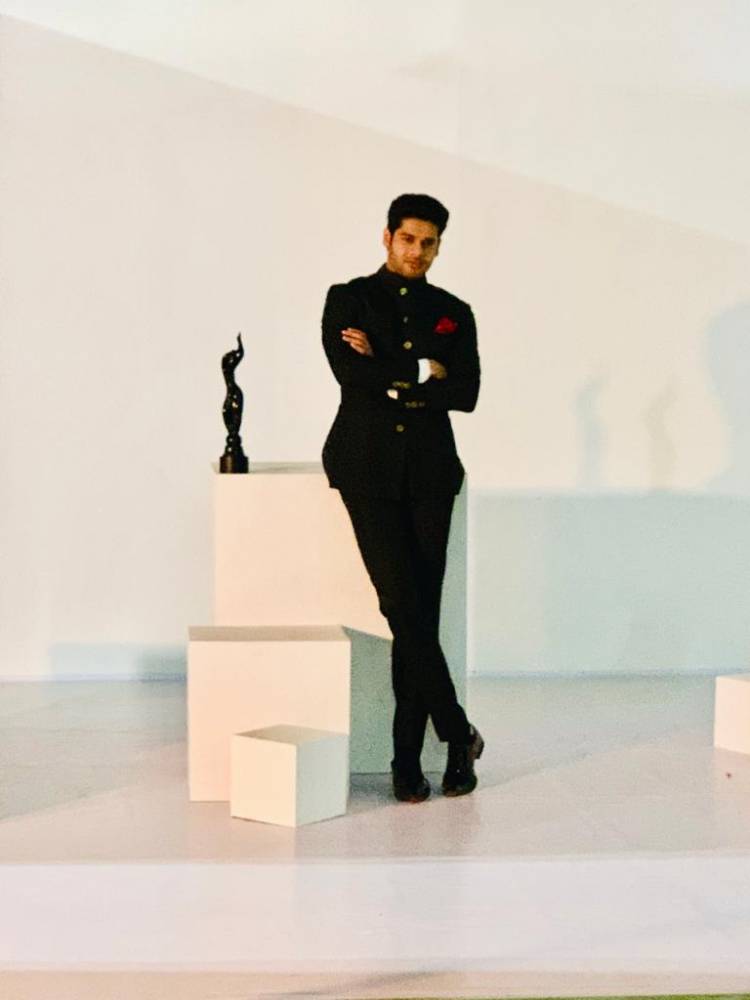 Bhagyashree's son Abhimanyu who is all gearing up for his second film 'Nikamma', bagged the Best Debut (Male) Filmfare award for his stellar performance in the action-drama ‘Mard Ko Dard Nahi Hota’.

It was his mother who presented the award to him. It was indeed the most special moment for the duo.

The actor took to social media to express his gratitude to everyone who's been his support system through this journey.

He wrote: "First Film First Filmfare First Award.
Best Debut 2020.
This happened because @vasanbala believed in me.
This award belongs to each & every member of the #crew
#grateful for their #passion, #hardwork and support without which none of this would be possible.
The co-actors guided me, the Dop, camera crew and lighting team made sure I would shine, the styling team, the HMU made sure I looked the part, the Ads, the production unit set up everything around me and the spot team kept me hydrated.
(kyun paani to peete rehna chahiye).
Grateful to @jiteshpillaai and the @filmfare team.
To my mom my inspiration my dad my motivation and @avantikadassani my backbone.'

#SaiDhanshika proves yet another time that she can pull...

Every character in Triples will bring in the heavy dose...

The festive season is on and Hotstar Specials in collaboration with Karthik Subbaraj’s...