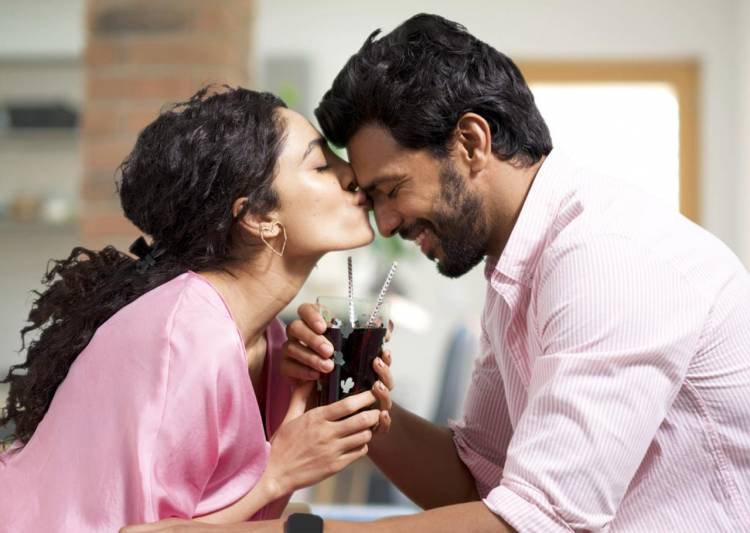 RSVP has always been at the forefront of producing great content for digital platforms like Love Per Square Foot, Lust Stories and Raat Akeli Hai. After “A Thursday” RSVP’s next straight-to-digital film “Sitara” is all set to resume shooting in November. Having completed a brief schedule in Mumbai, the shoot of the film was halted in March, owing to the Coronavirus Pandemic.

Sitara, starring Sobhita Dhulipala and Rajeev Siddhartha in the lead, is the love story of a fiercely independent, feisty, young interior designer and a young aspiring chef, who recognize the flaws in their relationship and set out to redeem themselves and make it work. It’s also an extremely relatable story about a dysfunctional family told with a lot of heart and tongue in cheek humour.

The film is being directed by Vandana Kataria, who has worked as a production designer on a number of features. “Sitara is a story that has been very close to my heart. It is something that all modern-day families experience but are reluctant to confront. Having a producer like Ronnie on board is just a perfect fit to say such stories. The pandemic did disrupt our schedule but given the new normal, I am excited to get back on set and bring this story to life.”

The screenplay has been co-written by Sonia Bahl and Vandana Kataria. The dialogues have been written by Hussain Dalal and Abbas Dalal and this project will be helmed by Sonia Kanwar from RSVP who is the Associate Producer on this film.

Ronnie Screwvala says, “Sitara is a story about love, appreciation, acceptance, forgiveness and redemption. There can be no better woman than Vandana to direct this digital film for RSVP. Hoping to bring this story about a dysfunctional family to audiences early next year.”

“A film like Sitara is a step taken with small feet towards a larger newness in Indian cinema. I’m truly glad to belong with it and now that we go back to shoot in November, we as a team are returning stronger in mind, body and spirit. Rearing to go!” says Sobhita Dhulipala.

Director Gautam Menon in conversation with Shri Shri Ravishankar on this week’s...

IswaryaMenon looks absolutely ravishing in these latest set of pictures from her...

When love inspires you to do better, there is nothing better #KamaliFromNadukkaveri...

When love inspires you to do better, there is nothing better ........