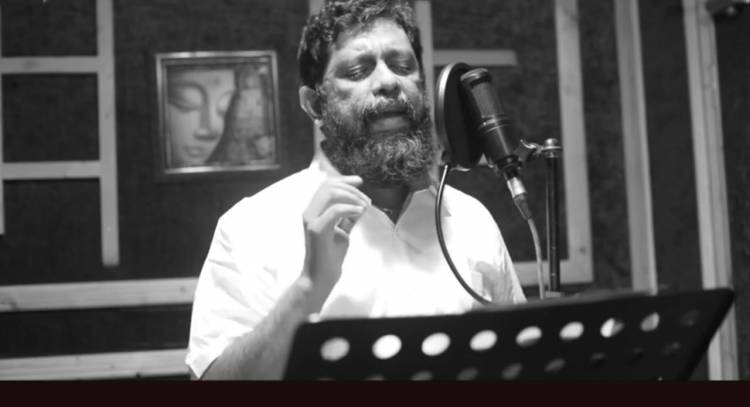 In the present health crisis it's our duty to take necessary precautions by staying safe at home and stop the spread of the deadly virus .

while Manida gavaname kollada sung by RS Ganesh Naarayanan( music dir and Playback singer ) is a self awareness song describing about the importance of staying at home with family and help to stop the virus from spreading and it also describes about the salutations and gratitude to our Doctors , nurses, health officials, and govt officials working 24/7 to save our mankind Nalladu Nadakum Nambu Maname sung by Ramani sundaresan describes about the hope and positivity of being at home and requesting God to forgive us for our sins and let's self realise and become a good human being in the future respecting the mother nature .

Both the songs are done under RSG Media productions, penned by Dharmapuri Somu camera by Muthamazhan.Muth song is produced in 5 languages ( Hindi, Tamil, Telugu Kannada, and Malayalam) on the Film work front : R S Ganehs Naarayanan is music director and Playback singer worked for 45 movies in Kannada film industry ,RS Ganesh Naarayanan is a native of Tanjore and has recently composed music for kutti radhikas Damayanthi .

Check out the song making video from Baanu, the song featuring actress Sujibala...

Tere Bina song from Haseena OUT Now, The makers of Haseena Parkar have launched...

Check out the trailer of upcoming Tamil movie "Echarikkai", directed by Sarjun KM............

Director Venu Sriram of "Oh My Friend" fame is in talks with actor Ravi Teja for...