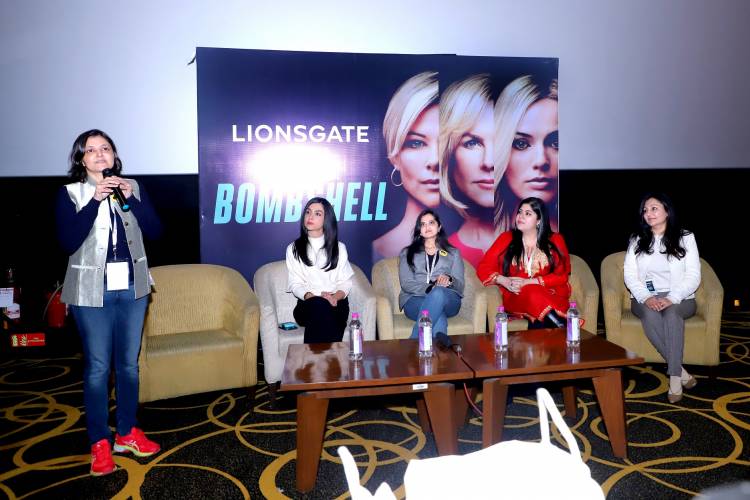 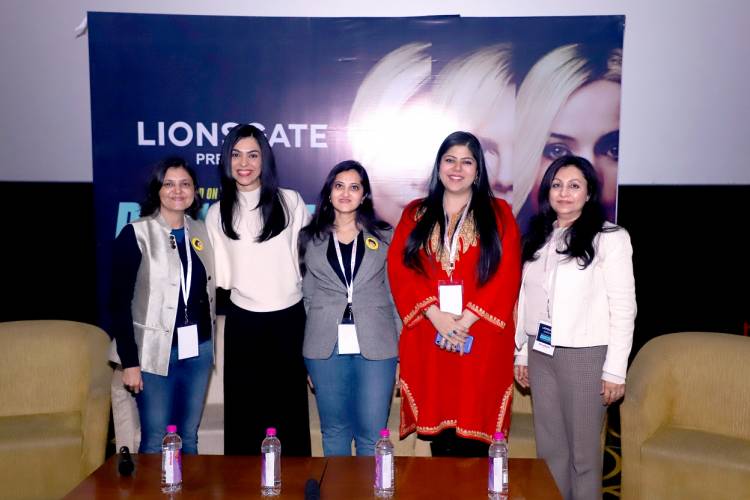 Lionsgate India in association with SHEROES hosted a special screening of the critically acclaimed Hollywood movie, Bombshell. The screening was followed by a panel discussion with esteemed panellists such as Ms. Sairee Chahal - the Founder and CEO of SHEROES, RJ Stutee Ghosh, Shereen Bhan - Managing Editor at CNBC TV 18 and Monica Majithia - POSH Trainer at SHEROES. Lead by Ms. Sairee, the panel incorporated their valuable insights on the topics of sexual harassment at work and the preventive measures that can be put in place to build safe work cultures. These successful ladies not only shared their insight but also their experiences, and more to add on to the enlightening session.

Bombshell starring Charlize Theron, Margot Robbie and Nicole Kidman is based upon the accounts of several women at Fox News who set out to expose CEO Roger Ailes for sexual harassment, that inspired a revolutionary awakening across the globe. The much-awaited film released in India on Friday 3rd of January 2020.

Rohit Jain, MD of Lionsgate South Asia shared his insights on the association and more, “Lionsgate India is pleased to associate with SHEROES to re-ignite the much-needed conversation. The mission and vision of the organization truly embodies the message that Bombshell encapsulates. This is a thought-provoking film which will not only entail conversations but also bring forth awareness about the subject.”

SHEROES is a women-only social network offering communities, a chat-based counselling helpline, social commerce, resources, opportunities and peer-to-peer conversations via Sheroes.com and the SHEROES App. Ms. Sairee - Founder, CEO of SHEROES commented, “The film has triggered a much-needed conversation around workplaces that are safe, inclusive, diverse, and these values must span across remote

ABOUT LIONSGATE
The first major new studio in decades, Lionsgate is a global content leader whose films, television series, digital products and linear and over-the-top platforms reach next generation audiences around the world.  In addition to its filmed entertainment leadership, Lionsgate content drives a growing presence in interactive and location-based entertainment, video games, esports and other new entertainment technologies.  Lionsgate’s content initiatives are backed by a nearly 17,000-title film and television library and delivered through a global sales and distribution infrastructure.  The Lionsgate brand is synonymous with original, daring and ground-breaking content created with special emphasis on the evolving patterns and diverse composition of the Company’s worldwide consumer base.

MehandiCircus - One year of this epic love story Streaming...

MehandiCircus - One year of this epic love story Streaming now on NetflixIndia....

Kingsman The Golden Circle New Poster OUT Now, The makers of Kingsman: The Golden...