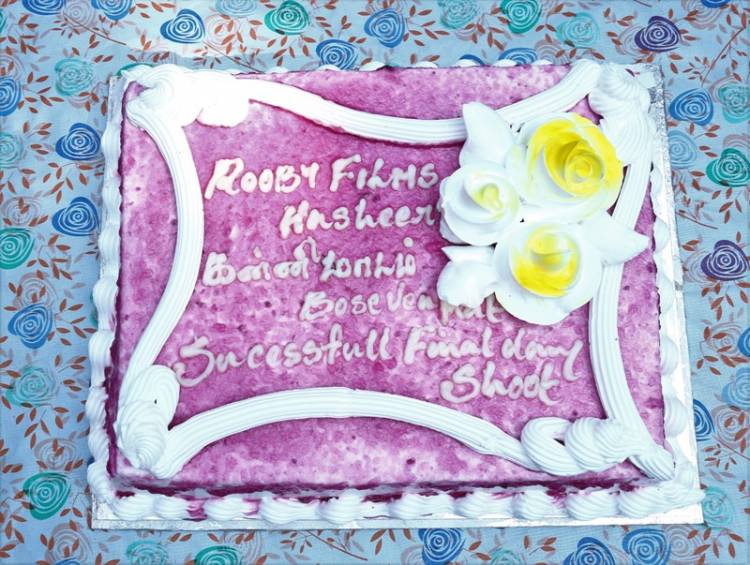 A filmmaker isn’t ennobled as ‘Captain of the Ship’ for the traits of expertise on screenwriting and directorial skills, but for the efficient planning. When a project is well planned at pre-production phase, it will definitely have a greater positive impact during the shooting phase, especially over wrapping it up on time. Actor turned filmmaker Bose Venkat has pushed the bars with his maiden attempt through ‘Kanni Maadam’, which has wrapped up the shooting now.

With the delighted spirit, director Bose Venkat says, “We started shooting for this film on February 18th and have completed it by May 16th that includes 35 days schedule with full unit and 7 days with camera crew. If not for the complete support of producer Hasheer, this would have not been possible. He never intervened into the creative process and extended his affinity towards project from beginning till end. We as a team are blessed to have a producer like him. In fact, we were delighted to see him so much happy on the wrap-up day as he hugged each and every crew out of love. These days, it’s not easy to see such emotional moments from a producer.”

Adding upon the specialty of ‘Kanni Maadam’, Bose Venkat says, “Kanni Maadam will define “What is called MADRAS?” We wanted to capture the most celebrated landmark places of the city giving complete details about it. It’s common that youngsters and others who come to Chennai with aspirations and dreams reside in areas like Mettu Kuppam, Vijayaraghava Puram and Choolaimedu. So we have shot the entire film across these places for the ‘nativity’ factors.”

All the songs composed by music director Hari Sai will be montages. It’s noteworthy that the film was recently under spotlights for having Robo Shankar crooning a song based on auto rickshaw drivers. Antony Dasan has a crooned a song and few more prominent icons will be rendering rest of the songs that includes names like Shreya Ghoshal or Chinmayi.

Hasheer is producing this film for Rooby Films featuring Sriram and Gayathri in lead roles.  Aadukalam Murugadoss, Gajaraj, Valeena Prince, Vishnu Ramasamy and Super Good Subramani are playing important roles. Harris J Iniyan has handled cinematography with Rishal Jaini as editor and Siva Shankar as art director Viveka penning lyrics and Dinesh Subbarayan choreographing stings. The post-production work of Kanni Maadam is happening on full swing and the official announcement on the first look, trailer, audio and worldwide release will be made shortly.

Vai Raja Vai, the lead actors are named after themselves. Gautham Karthik is Karthik...

COFFEE movie will take me to the lext level in Tamil Cinema:...

Rakhi is a shameful part of my past

He further adds that he regrets the time spent with her Item girl Rakhi Sawant...