COLORS Tamil has love and magic in store for you this February! 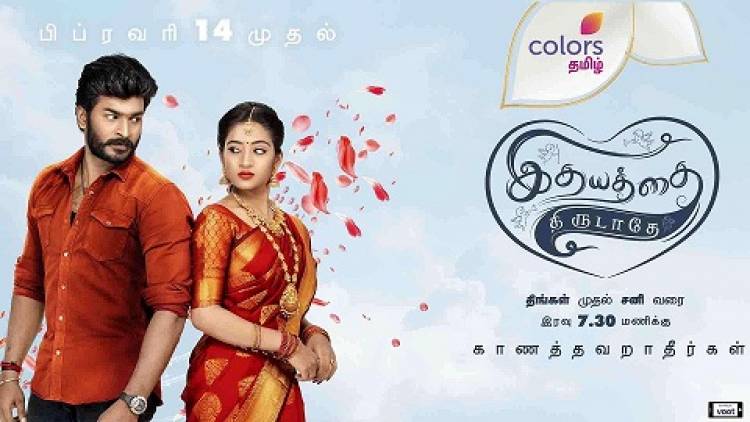 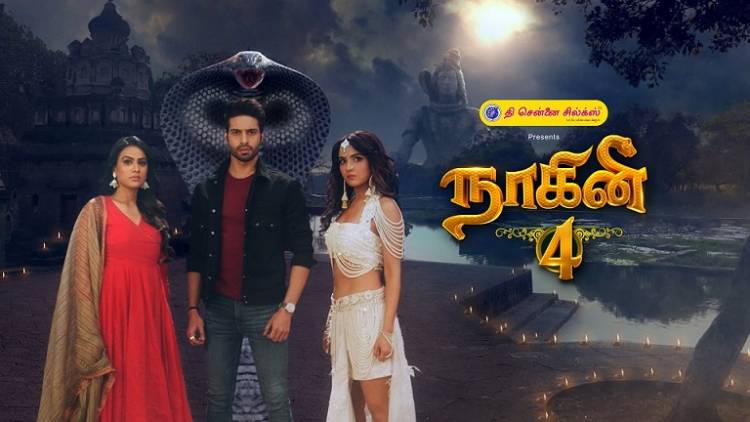 COLORS Tamil is all set to make the month of February even more special for viewers by launching two captivating fiction shows. Starting this Valentines Day, tune in to a love story ‘IdaiyathaiThirudadhey’ which will air daily from Monday to Saturday at 7:30 p.m. There is reason to stay glued to your seats as starting February 17th, the channel has in store for viewers the popular supernatural fantasy show ‘Naagini 4’, every Monday to Friday at 8:30 p.m. Viewers can tune in anytime on VOOT to watch both shows.

Commenting on the two new shows, AnupChandrasekharan, Business Head – COLORS Tamil, says, “IdaiyathaiThirudadhey is a show that is in line with COLORS Tamil’s philosophy of strong women-oriented stories. It is a never-seen-before love story that blossoms between two people forced into a wedlock. Naagini 4, on the other hand, is a supernatural fantasy thriller that promises to keep viewers on the edge of their seats. It is also a powerful story of women, albeit of a different kind.’

IdaiyathaiThirudadhey is a complicated love story set in a powerful political backdrop. What starts as a political game between lead protagonists Sahana and Shiva leads to a series of unfortunate incidents that forces the two to enter wedlock even though they are poles apart. Starring Navin and HimaBindhu this daily show is sure to become a household favourite with its twists and turns.

Speaking about his association with IdayathaiThiridadhey, Navin, who plays Shiva, said, “It is very exciting to be a part of an interesting show like IdaiyathaiThirudadhey. The concept is very gripping and is sure to steal the hearts of the audience as the name suggests.”

HimaBindhu, playing the role of Sahana in IdayathaiThiridadhey, adds, “IdaiyathaiThirudadhey is an interesting plot and the concept is very intriguing. Sahana is a very endearing character who struggles to deal with the trauma of being wedded to a guy she dislikes. On the whole, it is going to be a captivating show filled with a different kind of loves story.”

Naagini 4 is a mythical love-cum-revenge saga of a snake. This blockbuster show on the Hindi GEC COLORS, will now presented in Tamil. Viewers will see popular faces like Nia Sharma, Jasmine Bhasin, VijayendraKumeria and Sayantani Ghosh. The story revolves around two women, Brinda and Nandhitha, whose past is intrinsically linked to their future. NaaginiManasa gives up her powers to marry Keshav but vows to take revenge on the Parikh family through her daughter

Nandhitha. At the age of 25, when she is supposed to acquire her naagini powers, it is, however, discovered that they have transferred to Brinda. The two were switched at birth, leading to a series of fascinating twists and turns. Watch IdaiyathaiThirudadhey to know how this forced wedding affects the lives of Sahana and Shiva only on COLORS Tamil, starting February 14, from Monday to Saturday at 7:30 pm. Naagini 4 comes with a unique twist, featuring more than one Naagini and will air every Monday to Friday at 8.30 pm, starting February 17. Viewers can also tune in anytime on VOOT.

An exciting first half with a little sluggish second half makes this film a decent...