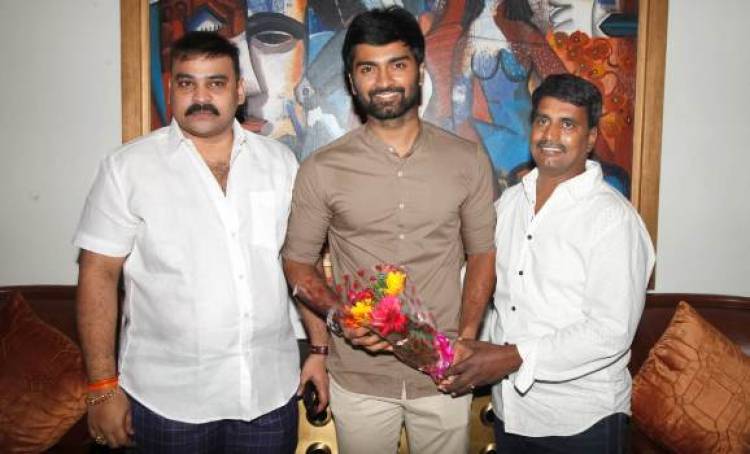 When Boomerang the tool is much acclaimed and noticed for its specialty of reaching the same place from where it started, it becomes much more relevant to the film titled "Boomerang" too. This is all about Filmmaker-Producer Kannan teaming up with the charming handsome and talented actor Atharvaa Murali once again after ‘Boomerang’, which is scheduled for March 1 release.The project tentatively titled as “Production No.3” is grubstaked by Kannan himself for Masala Pix.

Unveiling the official announcement, high-spirited Kannan says, “Yes, we are teaming up again after ‘Boomerang’ and are really excited about it. Both of us are wholesomely happy about the way how ‘Boomerang’ has shaped up. I am indeed very very happy that the film will be released by Trident arts Ravi. His banner name in the posters give plenty of power to the film and it was all evident in the response from the exhibitors who are keen to screen our film. Moreover, I started having an unconditional desire to work with Atharvaa again even before the completion of this film. The reason doesn’t confine to the facts involving his charismatic and charming hero looks, which is a crowd-pulling element, but his promptness, discipline and cooperation towards the project.

Naturally, he is already acknowledged as producers’ boon and I have already experienced this gold rush with positive trade enquiries for Boomerang. Initially, I was reluctant to ask Atharvaa if he would like to work with me again, but he knocked off my doubts by giving an instant nod. Moreover, I was literally happy to hear him say that he loved my pattern of work, which brings up an additional responsibility to stride with same efforts for this project too.

Right now, the film is on the scratch level, where we are looking out for a genre completely different from ‘Boomerang’. Of course, Atharvaa is someone, who has proved his proficiency as ‘Jack of all Genres’ and befittingly suits anything with substantial contents. Samuthirakani who had reserved a special space in the audience's heart plays a very important role. Radhan "Arjun Reddy" fame had composed some brilliant songs for "Boomerang"  and i attach lot of pride in roping him as the music director for this untitled film too".

While the team plans to kick-start the shooting of “Production No.3”  by this late summer, the official announcements about others in the cast and crew will be made in days to come.

Happy to announce the commencement of our next production's...

Check out the stills of upcoming Tamil movie "Meendum Yathra"..........

The winner of National Film Award for Best Actress 2018...