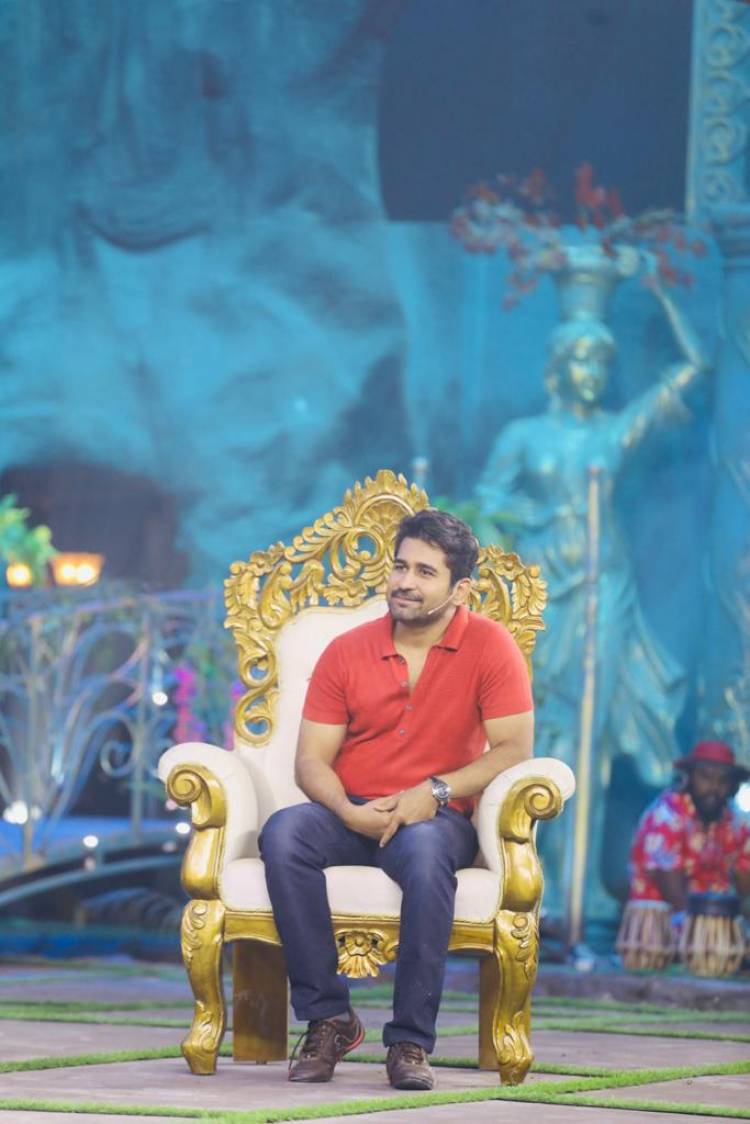 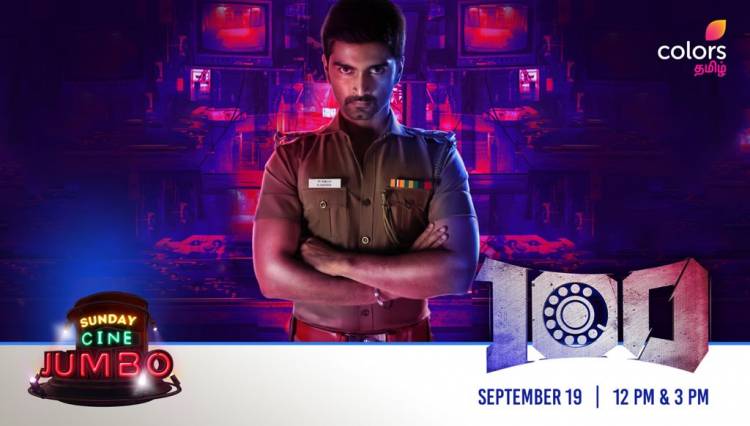 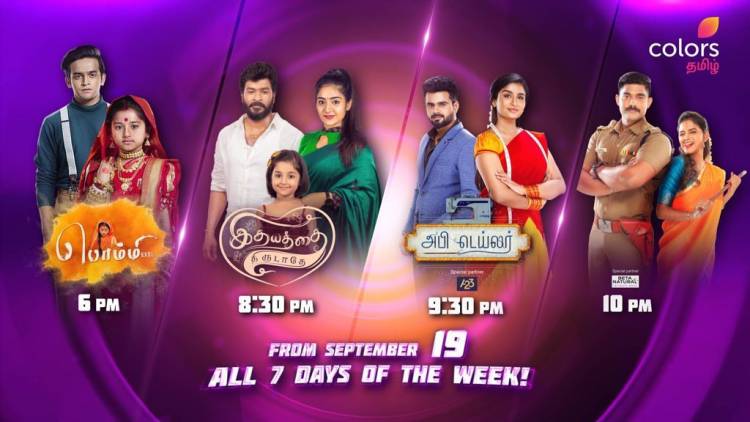 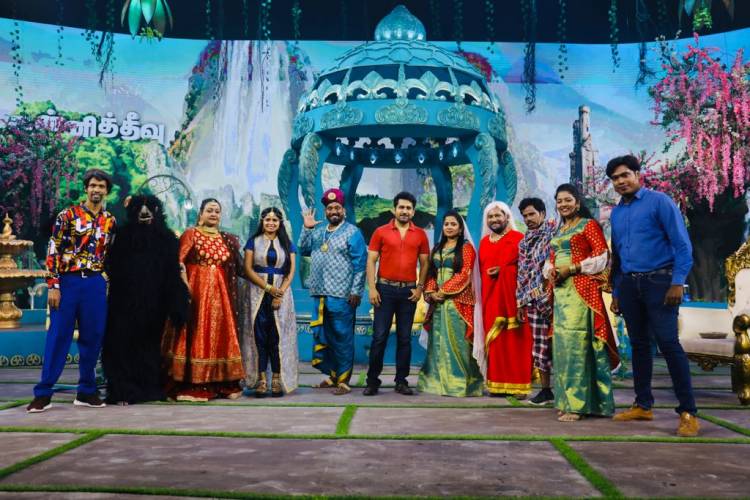 Chennai, September 16, 2021: Colors Tamil, Tamil Nadu's fastest-growing GEC, is about to make your lazy Sundays much more exciting by extending its popular fiction shows to all seven days of the week. Beginning September 19, viewers will be able to watch their favorite shows, such as Bommi B.A.B.L, Idhayathai Thirudathey, Abhi Tailor, and Sillunu Oru Kaadhal, from Monday to Sunday at new time slots for nonstop entertainment.

This Sunday, the channel will screen the World Television Premiere of Adharva's 2019 blockbuster film 100 as part of its Sunday Cine Jumbo. The film, directed by Sam Anton, features a celebrated star cast, including actress Hansika Motwani and actor Radha Ravi in the lead roles. The plot revolves around an ambitious cop named Sathya (played by Atharva) who works in a police control room and responds to emergency calls. When Sathya receives a phone call from an abducted girl who was previously thought to be dead, the plot takes an unexpected turn. The story's climax is how Sathya apprehends the perpetrator and saves the girl, making it a thrilling watch. Don't forget to watch the film on Colors Tamil on September 19th, Sunday, at 12 noon or 3 PM.

The party doesn't stop there! Vijay Antony, the celebrated actor-music director, will appear as a special guest on the channel's popular spoof comedy show Kanni Theevu Ullasa Ulagam 2.0.  His amusing conversation with King Jalsa and his followers is sure to make you laugh. Amudhavanan, a comedian, also appears in the show to add to the hilarity. Don't miss the performance on September 19th at 7:30 PM.

Start preparing for an electrifying weekend as Colors Tamil will provide nonstop entertainment from 12 noon onwards. Colors Tamil is available on all leading cable networks and DTH platforms – Sun Direct (CH NO 128), Tata Sky (CHN NO 1515), Airtel (CHN NO 763), Dish TV (CHN NO 1808) and Videocon D2H (CHN NO 553). Viewers can also tune in to VOOT any time to see them at their convenience.

About Colors Tamil: Launched in February 2018, COLORS Tamil’s the youngest general entertainment channel from the stable of Viacom18 that thrives to entertain the Tamil speaking viewers around the globe through distinctive and powerful stories that inspire and celebrate women and their families. Positioned as Idhu Namma OruColoru (the colors of our motherland), COLORS Tamil focuses on storytelling that matches the rich heritage of the Tamil Nadu culture with qualitative and innovative programming. Some of our flagship shows are Velunachi, Arya’s Enga Veetu Mapillai, Dance Vs Dance, COLORS Comedy Nights, Singing Stars, Oviya,Vandhal Sridevi, Perazhagi, Thirumanam, Thari, Malar, Kalla Petti, Kodeeswari,Uyire, Amman, Idhayathai Thirudathey, MangalyaSandhosham& Colors Kitchen amongst others.

About Viacom18:  Viacom18 Media Pvt. Ltd. is one of India’s fastest growing entertainment networks and a house of iconic brands that offers multi-platform, multi-generational and multicultural brand experiences. A joint venture of Network18, which owns 51%, and ViacomCBS, with a 49% stake,Viacom18 defines entertainment in India by touching the lives of people through its properties onair, online, on ground, in shop and through cinema.

Happy that so many people have discovered chess during...

Chess has attracted many first-timers during the COVID-19 pandemic and the massive...