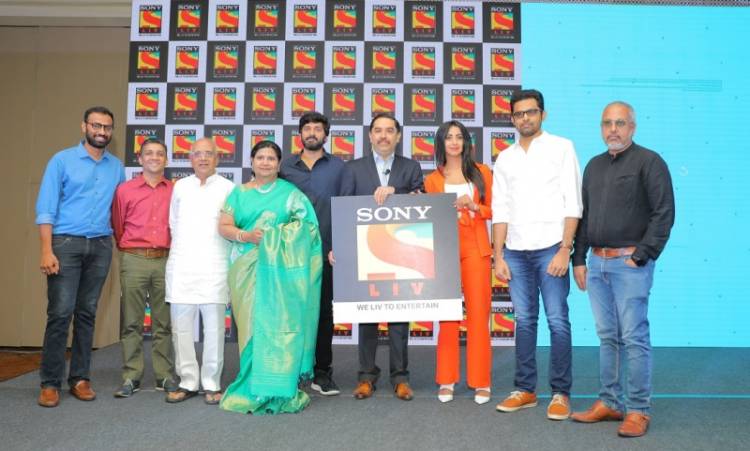 Headlining the announcement was the launch of SonyLIV’s first ever Tamil original – Aivar. Directed by Harsha, the show features Ashwin Kakamanu and Sanjana Galrani in the lead and is about a businessman’s struggle to revive his grandfather’s newspaper. Adding onto SonyLIV’s existing catalogue of 85 originals, Aivar will be up for viewing this June.

SonyLIV’s Tamil slate also includes other titles like The Farm and My Marappu, the first show to be shot completely in USA. Sony Pictures Network’s top 20 shows, a host of movies and TVF originals like Pitchers, Tripling and Permanent Roommates will also be updated in Tamil for inducing a relevant and relatable viewing habit. SonyLIV will also be remaking the most popular IP of the network in Tamil. Crime Patrol, one of the longest running shows of the network will be remade on digital comprising of locally relevant stories and characters.

SonyLIV also has an extensive library of highly rated and award-winning English shows like The Good Doctor, Counterpart, Victoria, The Handmaid’s Tale and more for the South markets. Football enthusiasts can now watch their favourite game on SonyLIV with Tamil commentary.

The Tamil content library will be available under premium subscription of Rs 99/- per month and Rs 499/- per year along with a sachet pack of 29 for 7 days. Currently, SonyLIV has existing libraries in Hindi, Marathi and Gujarati and just announced services in Telugu yesterday.

“As pioneers, SonyLIV recognised the potential in localising the entertainment experience for its consumers by amplifying reach and engagement. We are delighted to launch our services in Tamil and strengthen our brand further in the digital ecosystem. Riding on our content portfolio, we are confident of offering viewers relatable stories and local stars coupled with a seamless digital streaming experience.”

The Bharatiya Mahila Bank will be merged with the State Bank of India on April 1,...

Human trafficking racket busted in UP; 7 children from...

Seven children from Nepal were rescued and a man was arrested after a human trafficking...