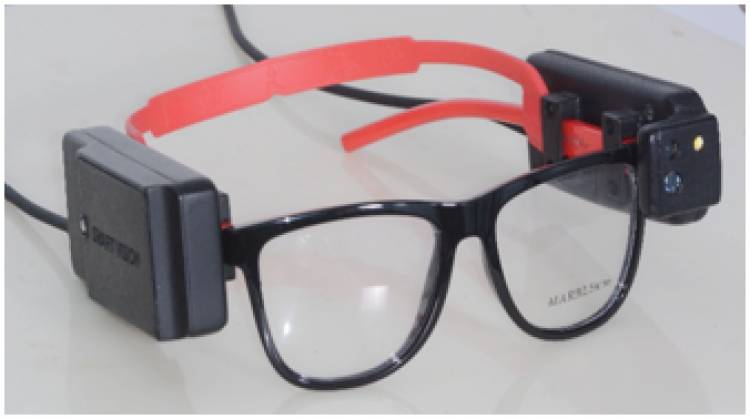 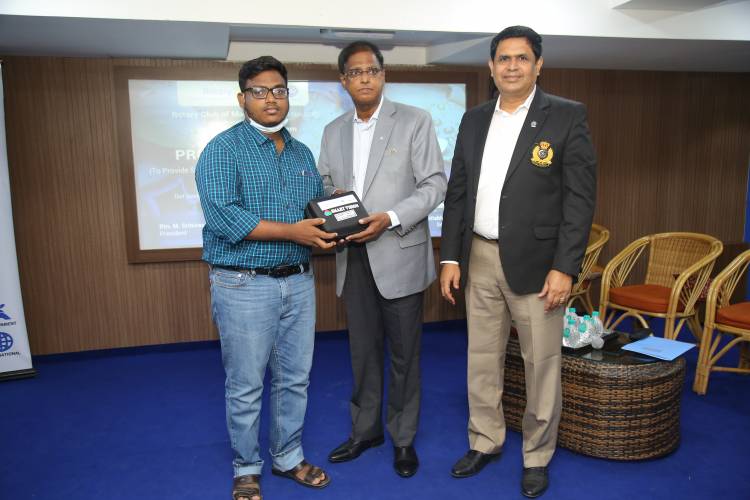 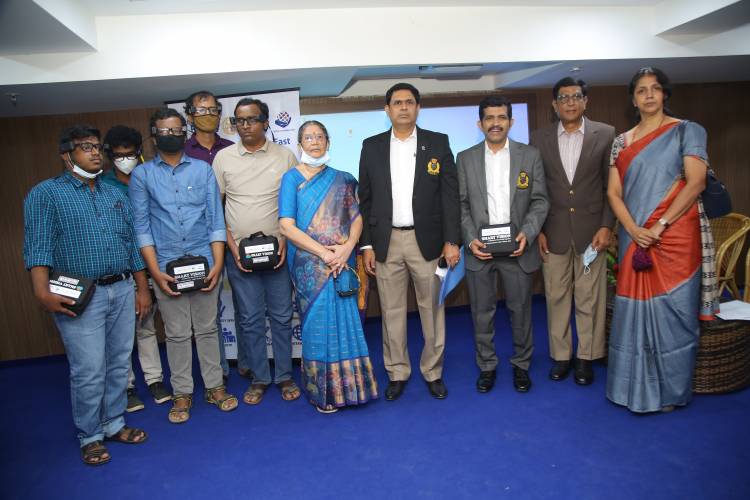 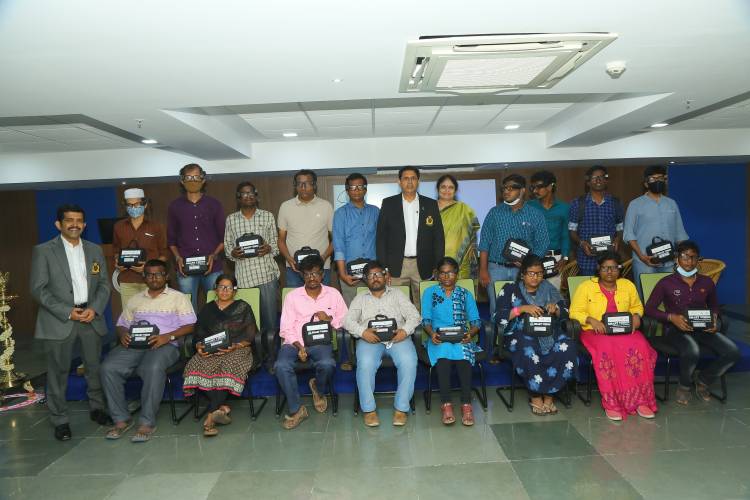 More than 9 million people in India are blind and an additional 64 million are partially blind.Poverty is often a determining and exacerbating factor in the prevalence of disabling conditions like visual impairment. To address this, the team at Smart Health Global (SHG), ensures every effort is made to make the device affordable.

The device is the brainchild of Mr Ramu Muthangi, an IIT Kanpur Alumni and an Ex-Defence Officer. Smart Vision Device is an assistive wearable device specifically designed for people with blindness and uncorrectable visual impairment. The main features are:

§  Identify people within 2 mtrs range, their approximate age, expressions and recognizes people if a name is tagged.

§  Can read and interpret English and 73 regional languages and can read books, road signs, newspapers, digital content from phone, laptops and even handwritten manuscripts.

§  Identify things around you

§  Warn of obstacles in front and around

Rotary Club of Madras East (RCME)initiated Project Drishti and has been the enabler in bringing together the brain behind the product (Mr Ramu Muthangi of SHG) and the experts in the field of vision care (Aravind Eye Care System) .  What ensued was a 10 month long process of inputs and upgradations and the device has hence been validated and recommended by the Vision Rehab Centre of Aravind Eye Care System, Madurai.

Aravind Eye Care System (AECS), with its mission to ‘eliminate needless blindness’, provides large volume, high quality and affordable care. 50% of its patients receive services either free of cost or at a steeply subsidised rate. A Pioneer in vision care Over 4.5 lakh eye surgeries or procedures are performed a year at Aravind, making it the largest eye care provider in the world. The Aravind Eye Care System now serves as a model for India, and the rest of the world. What started off as an 11-bed hospital has now become the conglomerate with facilities that include 14 eye hospitals, 6 outpatient eye examination centres and 94 primary eye care facilities in South India

Rotary Club of Madras East was chartered in 1985 and is now the second largest and a premier club in Dist.3232. RCME has several projects worth many crores year on year, to its credit. Health has been an important avenue of service, with many noteworthy projects in collaboration with prominent Health Care Centres and hospitals. Starting with The Rheumatic Heart Ailment Programme, RCME has been a frontrunner in providing infrastructure and equipment for the care and medical needs of society. This year, our Project ‘Healing Tiny Hearts’ is aimed at 500 children requiring surgery for congenital heart diseases for a total project value of Rs.1.15 Cr. A dialysis centre with 11 beds, equipping a Neonatal ICU are all some of the major projects already underway since July 2021.

RCME President for 2021-22, Rtn Srinivasa Rao, is upbeat about Project Drishti with an outlay of Rs.75 Lakhs which will benefit at least 300 visually impaired.The soft launch has created a buzz amongst the doctors and the visually impaired community not only in India but abroad also. The device will be distributed to 20 identified beneficiaries during the launch at Chennai AECS on Sept 17th at 11 am. The Chief Guest is Rtn J Sridhar the District governor RID 3232.  The impact from technology advancement is best felt and utilised when it is a necessity. There will be more innovations and improvements and this is only the beginning. It’s such an advantage that the existing devices can be upgraded making it viable for all.

RCME plans to donate 300 devices, with a focus on students and the youth community amongst the visually impaired.

Contact for Donors and beneficiaries for this project at RCME

India on Monday achieved a grim milestone after it replaced Brazil to become the...