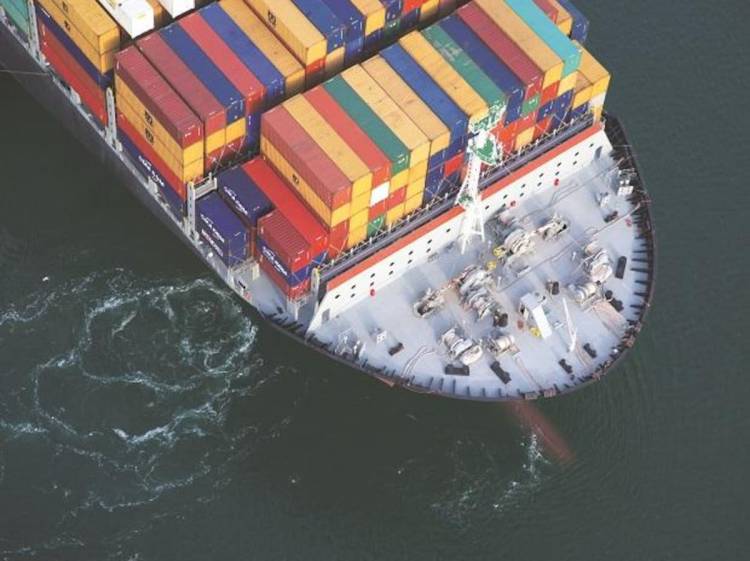 “Over 60 foreign vessels continue to be blocked in Ukrainian ports. The threat of shelling and high mine danger created by the official Kiev in its internal waters and territorial sea do not allow ships to safely go out,” Mizintsev said at a Saturday briefing.

He added that the Russian forces open a humanitarian corridor (a safe lane in the south-western direction from the territorial waters of Ukraine) every day, but there is still a threat of drift of Ukrainian mines torn from anchor along the coast of the Black Sea states.
“We are calling on the International Maritime Organization and the management of shipowners to influence the official Kiev to take measures aimed at unblocking and ensuring the safety of the exit of ships of foreign states from the ports of Ukraine,” Mizintsev said.

On Thursday, Russian defense ministry spokesman Igor Konashenkov said that the Ukrainian Navy had placed 420 anchor mines in the Sea of Azov and the Black Sea between February 25 and March 4. At least ten of these mines have been drifting freely in the western part of the Black Sea after a storm that tore the anchor cables.
Russia launched a special military operation in Ukraine on February 24, after the Donetsk and Luhansk People’s Republics (DPR and LPR) appealed for help in defending themselves against the Kiev forces. Russia said that the aim of its special operation is to demilitarize and “denazify” Ukraine and that only military infrastructure is being targeted. Moscow has repeatedly stressed that it has no plans to occupy Ukraine.

The Government of India approved Rs 5,908 crores of disaster relief fund to seven...

In its stride towards offering comprehensive stem cell solutions and hope for treatment...

Airtel to Home Deliver SIM Cards to Customers in Chennai

In a bid to encourage people to stay safe at home to contain further spread of the...