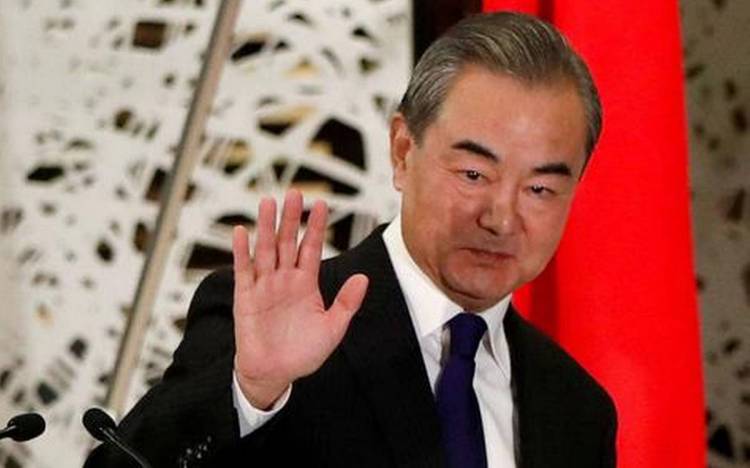 Maldives and China on Saturday signed key bilateral agreements during Chinese Foreign Minister Wang Yi’s visit, on developing and maintaining infrastructure in the Indian Ocean archipelago, besides agreeing on a visa-free travel arrangement for Maldivians intending to travel to China.

Mr. Wang arrived in Male on Friday, as part of his five-nation trip to Eritrea, Kenya, the island nation of Comoros, the Maldives and Sri Lanka.

Maldivian Foreign Minister Abdulla Shahid and his Chinese counterpart unveiled a special official logo to mark 50 years of diplomatic relations between the countries. Describing China as “one of the most important development partners” of the Maldives, Mr. Shahid said that China “has continued to contribute to the socio-economic development” of the Maldives. The Foreign Ministers discussed “strengthening the many areas of cooperation” during official talks, according to Mr. Shahid’s tweet on Saturday.

A statement issued by the Maldivian Foreign Ministry said the visa-waiver agreement would allow Maldivians to travel to China on 30-day visa free basis once the pandemic restrictions are lifted. The two governments signed an agreement of ‘Economic and Technical Cooperation’ on grant aid, focusing on social, livelihood, and infrastructure projects. Further, the Government of Maldives signed a ‘Letter of Exchange’ on a ‘Feasibility Study of Management and Maintenance of China-Maldives Friendship Bridge’, for Chinese assistance in maintaining the 1.4-km bridge connecting capital Male with the island of Hulhumale.

It was built with $ 200 million Chinese assistance during the term of former President Abdulla Yameen, whose government was close to Beijing. The bridge is considered China’s flagship project in the Maldives. Male owes Beijing about $1.4 billion from past loans, which President Ibrahim Mohamed Solih's government has sought to “restructure”.

China also agreed to back a sea-water desalination project and cooperate in the health sector, the Foreign Ministry said. Minister Wang’s visit would be one of “great significance to the future development of our bilateral relations”, Chinese Ambassador in Male Wang Lixin said in a tweet.

The Chinese Foreign Minister's visit will be watched closely by New Delhi, which has maintained frequent, high-level contact with the Solih government that openly pursues an ‘India First’ foreign policy. Following regime change in Male in 2018, New Delhi committed $ 1.4 billion to development in the island nation that is home to about 5.5 lakh people.

Mr. Wang’s visit also coincides with a growing ‘India Out’ campaign among sections within the Maldives that oppose “Indian military presence” in the country. The government has denied the allegation. The ‘India Out’ campaign has more recently intensified, with the backing of President Yameen, whose conviction in a money laundering case was recently overturned by the Supreme Court.

HappyOn- A Niche Exclusive Exhibition for Moms and kids