The Singapore Tourism Board collaborates with Star Vijay 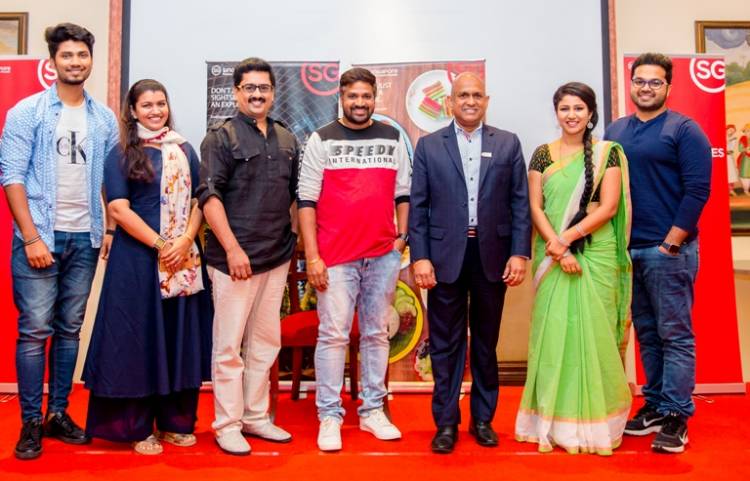 Chennai, May 15th, 2019: The Singapore Tourism Board (STB) recently collaborated with leading Tamil channel Star Vijay for one of its popular shows, ‘Raja Rani’ where the cast and crew shot the Singapore special feature, showcasing the fun, vibrant and exciting aspects of the destination.

To celebrate this successful collaboration, the director and cast of the show along with Mr. GB Srithar, Regional Director, SAMEA (South Asia, Middle East &Africa), STB interacted with the media at a press event in the city today, sharing their experiences of shooting in Singapore and highlighted how the destination formed the perfect backdrop for the six episodes that were filmed.

The episodes depict the characters of the show soaking in the energetic and dynamic vibes that Singapore exudes, as they indulged in a range of experiences. These experiences were in keeping in line with the Passion Tribes – Foodies, Explorers, Collectors, Socialisers and Action Seekers - that the Singapore Tourism Board aims to target through its brand campaign, Passion Made Possible.

The cast was filmed enjoying a meal and interacting with Chef Malcom Lee from theonly Michelin-starred Peranakan restaurant Candlenut. They also indulged in a shopping spree in the Chinatown precinct and at Design Orchard, the newest address on Orchard Road, known for its home-grown Singapore brands. A chance to experience the adrenalin infused bungee jump at AJ Hackett Sentosa was also featured in one of their episodes. The episodes feature a delightful range of iconic experiences such as Gardens By The Bay, the Singapore Zoo, Marina Barrage and Buddha Tooth Relic Temple where the cast had a great time during the shoot.

Sharing his thoughts about this collaboration, Mr. GB Srithar, said, “We are delighted to collaborate with Star Vijay for one of their popular shows ‘Raja Rani’. As the STB continues to reach out to diverse audiences from across India, this collaboration allows us to go regional in our marketing efforts and we are happy to have the cast of ‘Raja Rani’ onboard in this important effort to engage with the Tamil-speaking audience and welcome them to Singapore.”

He further added, “The fans of the TV series will get to see different sides of Singapore that makes it a top travel destination for Indian travellers. Offering many experiences to suit the travellers’ passions and interests, the city is popular with families with kids as well as working millennials seeking lifestyle, entertainment options and more. We look forward to receiving holiday makers, inspired by the escapades of the Raja Rani cast in Singapore.”

Singapore has always observed robust tourist traffic from South India which is an important region for tourism numbers. The short three (3) plus hours’ travel time and good flight connectivity are reasons for the strong visitorship numbers to Singapore from the region.

Singapore received around 1.44 million of visitors from India in 2018 retaining its third position as one of the top source markets for the country.

For the viewers who have missed any of the six special episodes which were aired from 7th May to 13th May 2019, they can catch them on Hotstar now.

A Congress MLA from the city, who had praised Gujarat Chief...

Sensex up 83 points in early trade

The benchmark BSE sensex gained over 83 points in early trade on Friday on the back...

At least eight people were killed and over 30 injured on Tuesday in a blaze in an...