We will surely crack the next game: CSK Coach Stephen Fleming 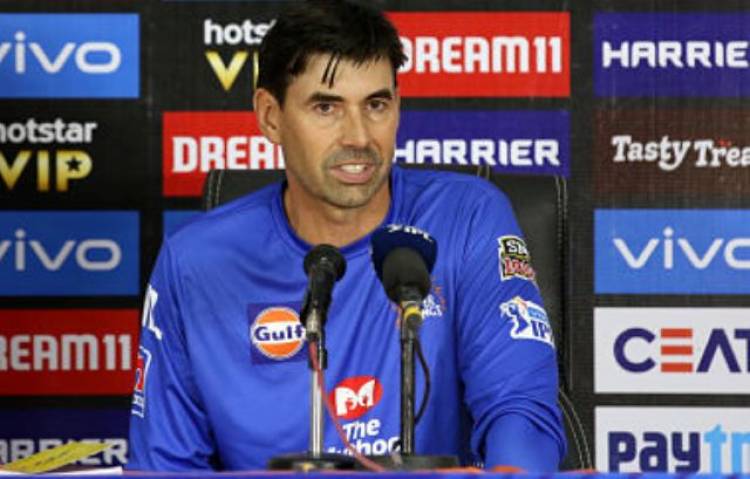 CHENNAI: Chennai Super Kings (CSK) coach Stephen Fleming rues the fact that his team has not been able to make full use of the powerplays and score at a brisk rate in the first six overs in the ongoing edition of the Indian Premier League (IPL).

In Qualifier 1 against Mumbai Indians, Chennai made an awful start as they managed to post 32/3 in the powerplay overs on a slow-turning Chepauk Stadium, here on Tuesday. Even in the previous games of this season, CSK were not able to make optimum use of the powerplay overs. They have averaged about 37 runs in the first six overs, managing to score in excess of 50 on just two occasions.

Suresh Raina and Ambati Rayadu have scored 364 and 261 runs at strike rates of 126 and 93.54, respectively. Only MS Dhoni has been able to score at a brisk rate, amassing 405 runs in 13 matches at a strike rate of 135, which is low compared to his standards.

"Yeah it [pacing the innings] is tough. There's the problem we're finding - we're so far behind in the powerplays. We're doing things right from overs 6 to 20, the run rate today I think was 7 and [then] 10 [in the last six overs]. We're getting the right runs there, [but] we are just finding ourselves behind in the powerplays," said Fleming at the post-match presser.

Fleming believes a score of 40 or more would be more than sufficient in order to set up a competitive totals on slow and sluggish wickets like that of Chennai. "You run the risk if we over-attacked in the middle in those conditions, you can find yourself bowled out for 100. So you have got to have an element of safety. By the time you get that, it's around about 14 overs, from there we were able to go at 10 an over [CSK scored at 8-an-over in the last six overs] which got us through to a competitive score," Fleming insisted. "But we need to have more balance in the first six..around 40 would be nice.

That may get you to a score of 150-160 which can be a match-winning score. We're just falling behind at different stages but it's the first six that's holding us back when we lose wickets. Maybe in case we just throw the shackles off and have a crack in the next game, and see if we can just get ourselves into form and confidence," he added.

Chennai will get another shot at the title clash as they will face the winner of the Eliminator between Delhi Capitals and Sunrisers Hyderabad in Qualifier 2 on Friday.

Marking a major milestone in its Indian journey, GWM today announced the signing...

PNB reduces RLLR by 40bps and MCLR rate by 15bps

Punjab National Bank has announced the reduction in the External Benchmark linked...