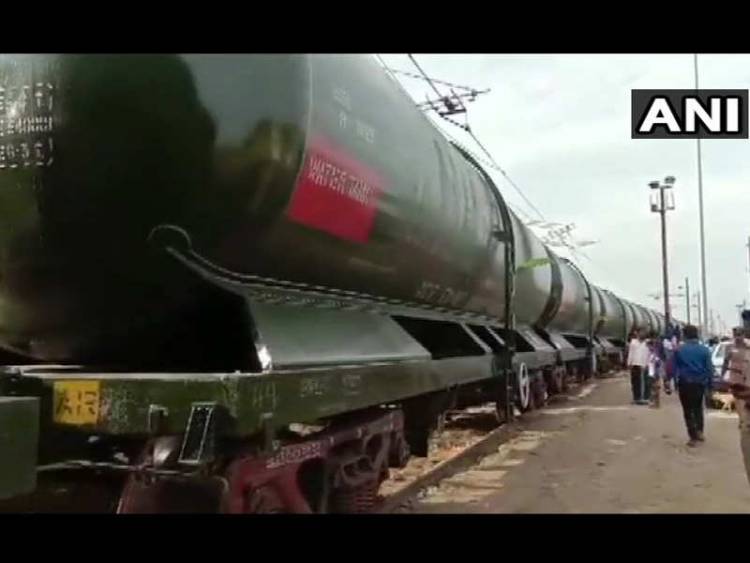 Special water train reaches Chennai from Vellore
Chennai, July 12 In an effort to meet the water requirements of a parched Chennai, a special 50 wagon train carrying water from Tamil Nadu''s Vellore district reached the state capital on Friday, a Southern Railway official said.
According to the official, each wagon carried 50,000 litres of water. The total water carried was 25 lakh litres.
The train was flagged off from the Jolarpettai station in the morning and reached Villivakam station here. The wagons will be emptied and the water will be sent to the Kilpauk pumping station for further distribution.
Earlier, Tamil Nadu Chief Minister K. Palaniswami had announced the state government''s plans to transport 10 million litres of water daily by rail from Jolarpettai.
He said a sum of Rs 65 crore had been allocated for this purpose.
Currently the Chennai Metropolitan Water Supply and Sewerage Board (Chennai Metro Water) is supplying about 525 million litres per day (MLD) in the state capital. The water from Jolarpettai will augment the existing supply.
While the Cholavaram (full capacity 1,081 mcft) and Redhills (full capacity 3,300 mcft) reservoirs and Chembarambakkam lake (full capacity 3,645 mcft) that supply water to Chennai have run dry, 16 mcft water is left in the Poondi reservoir (against a full capacity of 3,231 mcft), according to the Chennai Metro Water.

V-Mart Retail Ltd is set to roll out its campaign with Ayushmann Khurrana and Bhumi...

Rupee down 42 paise against US dollar