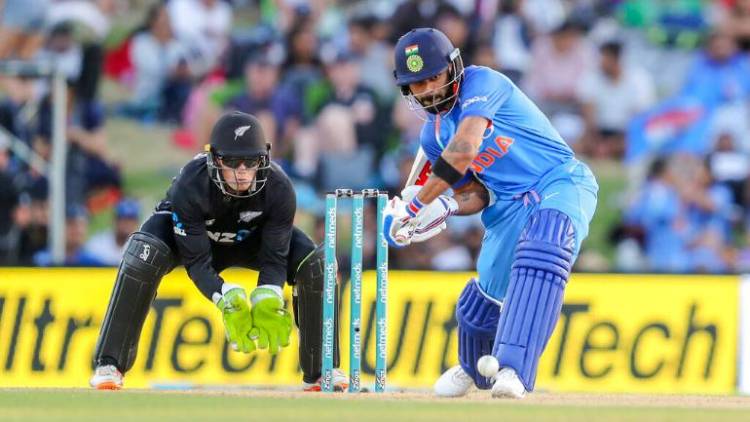 Cricket's biggest spectacle- ICC ODI World Cup-took place in England in the year 2019 and had a first time winner.This was also the first time when the World Cup final result was decided neither by wickets nor by runs.

If one has to recall the most dramatic ODI ever played, the world cup 2019 final between the hosts England and New Zealand will surely be at the top of the list. The nerve wracking match had everything one would expect from the World Cup final. The match required the super over to decide the winner after both teams were tied on 241 at the end of the match.What followed next was even more baffling when the super over also failed to produce a winner with both England and New Zealand scoring 15 runs that led to another tie.But England emerged victorious on the basis of boundary count,who had hit 26 boundaries(combined from the main match and the super over) in comparison to New Zealand's 17. This was England's maiden ODi World Cup title.

Rohit Sharma's big five
Indian batsman Rohit sharma become one of the biggest heroes of the world cup 2019 as he achieved what no other batsman did in the history of the quadrennial event. The Mumbai batsman etched his name in the history books by becoming the 1st batsman to hit five centuries in a single edition of the world cup.He attained the milestone in India's final league match against sri lanka.Rohit broke former Sri Lanka captain kumar Sangakkara's record for the most number of centuries.Sangakkara made four consecutive tons in the last edition.Rohit also tied Sachin record of six overall centuries at World Cups. He also became only the second Indian batsman after Sachin to score 600 runs in a single edition of the world cup.He finished the 2019 world cup as the highest run-getter(648 runs)

Team India is almost always tagged as the favourite whenever it heads to the world cup- be it 50or 20 overs- and this years ODI world cup was no different.

Aviation X Lab to reinvent the next era of air travel

To celebrate the Tamil culture in its truest form and show the best of Tamizh way...