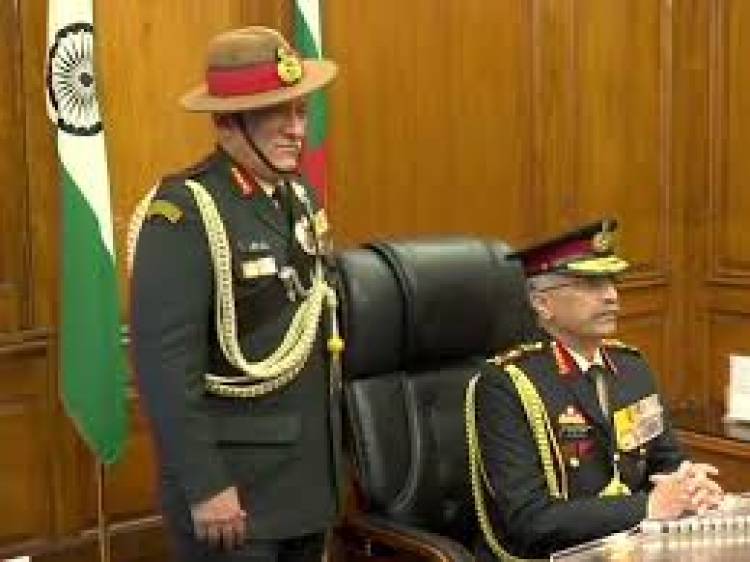 Lieutenant General Manoj Mukund Naravane took over as the 28th Army chief of Defence Staff(CDS)
General Naravane was previously the vice chief of army staff.
With Naravane's appointment,all th three services have got their chiefs including Air Force chief RKS bhadauria and Navy chief Admiral Karambir Singh,from the 56th course of the National Defence Academy(NDA)
He has taken over the reins of the Army amid prevailing tensions between India and Pakistan due to provocations by Islamabad through terror activities.
A sikh Light Infantry officer,Naravane was the chief of the eastern command in kolkata prior to moving to Delhi and was the brain behind the recently conducted major exercises along the eastern border.
Commissioned into 7th Sikh Light Infantry in june 1980, General Naravane has vast experience in counter-insurgency operations in Kashmir and Northeast India.
He commanded a Rashtriya Rifles battalion in Jammu and Kashmir and was the Inspector General of Assam Rifles as a Major General.
General Naravane was also the Delhi Area General officer Commading a couple of years before moving out for other command appointments.

The rupee depreciated 4 paise to 63.68 against the US dollar in early trade today...

Over 90% of clean-up work over - Chennai oil spill

With the oil spill off the coast here raising concerns...

Star Movies celebrates this Friendship Day with a Bouquet...