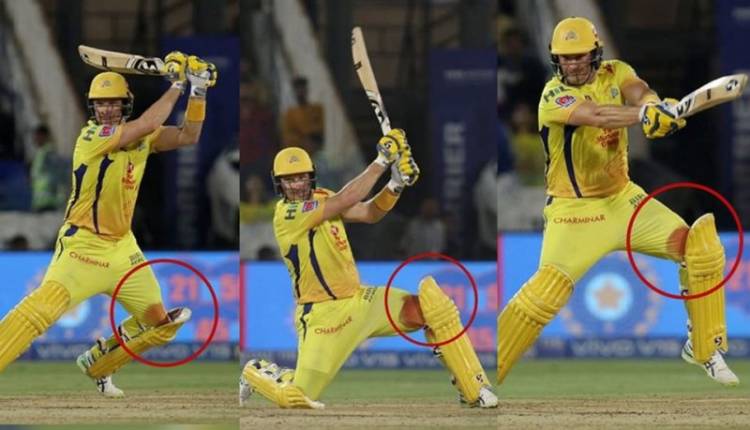 NEW DELHI: Shane Watson, who scored a valiant 80 for the Chennai Super Kings in the finals of the just concluded Indian Premier League (IPL) which CSK lost to Mumbai Indians, batted all the way battling an injury, reveals his teammate Harbhajan Singh.

Watson almost proved the saviour in the cliffhanger chase, playing a sensational 59-ball knock in an almost one-man show as CSK tried to chase down Mumbai's 8/149 on Sunday at the Rajiv Gandhi International Stadium in Hyderabad.

The Australian almost pulled off the miracle to win the fourth IPL trophy for the Yellow Brigade who fell short by just one run.

Harbhajan on Monday posted a photo on his Instagram showing the Australian on bended knee, flaying a ball through the off-side.

In the image, one can see a large patch of blood on Watson's left upper thigh and Singh revealed how the opening batsman wasn't going to be stopped by the wound.

"Can you guys see the blood on his knee," Harbhajan wrote. "He got 6 stitches after the game... got injured while diving but continue (sic) to bat without telling anyone.

Swaraj offers facility of a standby tractor to help farmers...

Swaraj Tractors, a part of the USD 20.7 billion Mahindra Group, has come forward...

A nationwide study funded by the Indian Council .........