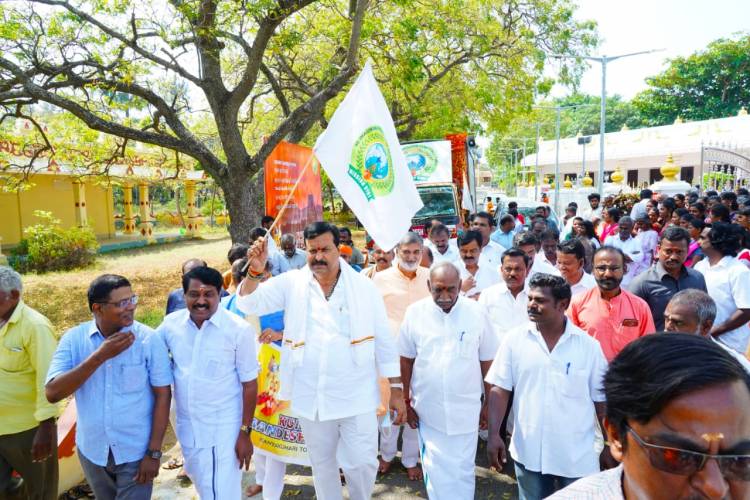 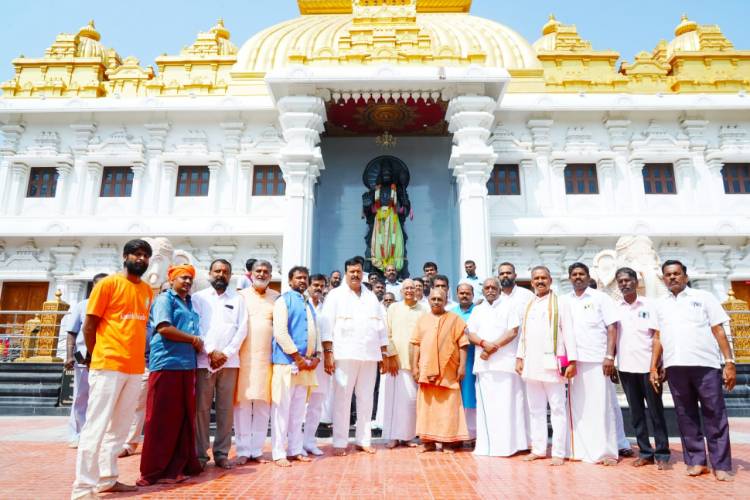 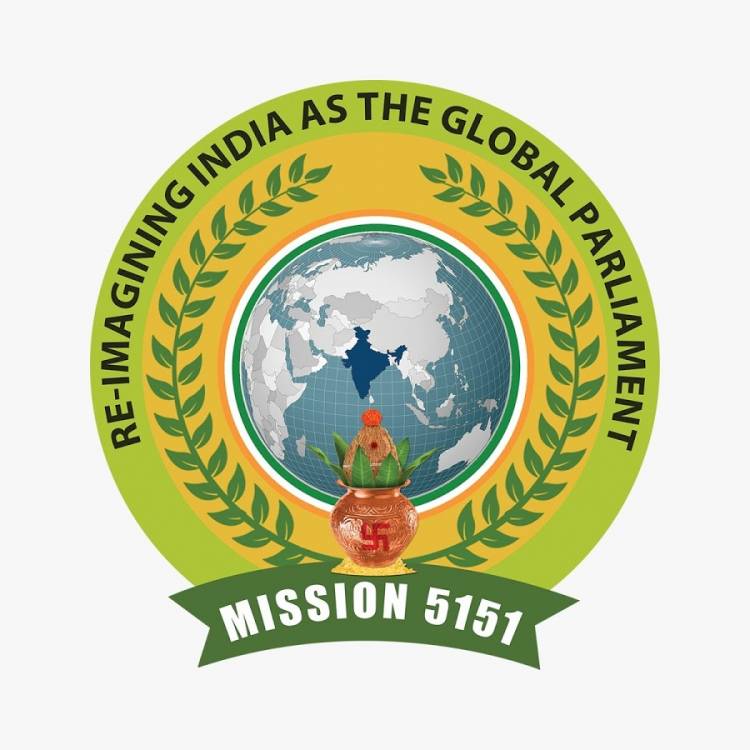 Kumbh Sandesh Yatra started from Kanyakumari to Haridwar
Yatra will cover a distance of 5,000-kms
I will bring it to the attention of Hon’ble Prime Minister: BJP leader Shri Ponguleti Sudhakar Reddy

Kumbh Sandesh Yatra, aimed at spreading the message on the significance of Kumbh Mela, started here in Vivekananda Centre at Kanyakumari of Tamilnadu on Saturday. The Yatra was flagged off by Swami Chaityananand Maharaj, Vivekananda Ashramam, Kanyakumari and Shri Ponguleti Sudhakar Reddy BJP National Co-Incharge, Tamilnadu State in the presence of several illustrated personalities. Thousand people attended the inauguration ceremony. The 25 days Yatra is being organized by the Gramodaya Chamber of Commerce and Technology (GCOT) will cover 5000 kms before concluding in Haridwar

BJP national leader Shri Ponguleti Sudhakar Reddy addressed the inaugural ceremony wished for the success of the Yatra.  He said he would personally extend assistance to make the Yatra, which was undertaken for the preservation of our cultural traditions, and would also bring it to the attention of Prime Minister Shri Narendra Modi and see to it. The president of Haridwar-based Divya Prema Service Mission, Ashish Gautham said “Started from Kanyakumari, the Rath Yatra will proceed to all four places where the Kumbh Mela is held including Nasik, Ujjain, and Prayagraj and reach Delhi and later to Haridwar”. on this occasion Arigay Ramaswamy memorial services Chairman Sri Arigay Madhu Sudhan announced Rs.10 lakh donation for Mission 5151 and Kumbh Sandesh Yatra.

Along the route, Kumbh Sandesh Yatra will cover the eight Jyotirlinga kshetras in the country.  In addition to the Preparatory journey, the total distance which the Yatra Covers around 7000 km said the organizers' Mission  5151 team. Delhi Vasanth who was the organizing secretary and founder of GCOT said the Yatra will touch the four major spiritual centers where Kumbh Mela is conducted. "The event also involved reinvigorating ancient Indian practices and shunning the ‘imported’ western practices. Corona has proved that India’s traditional wisdom and folk practices prevailed over western thought. It is now time to wake up and get back to our roots” Mr. Vasanth added.

The age-old practice of our Sages, Saints, and Rishis from different regions of the country coming to the Kumbh Melas to join together and share their acquired Knowledge and Wisdom to churn out a message in the context of the changing social scenarios is called Kumbh Sandesh.  It addresses the requirements in cyclical changes of Biological, Sociological, and All other aspects which may lead the human life. In view of the prevailing pandemic situation in the post-Covid world, we are initiating the Kumbh Sandesh Yatra to emphasise the relevance of the Kumbh Sandesh to civil societies across the world.

Christ (Deemed to be University) Welcomes HIRECT as Title...

Of the 8058 members who participated in a BharatMatrimony survey recently, a whopping...