Kaspersky reports a drop in the cyberthreat incidents in India,making the country rank 14th globally in 2019 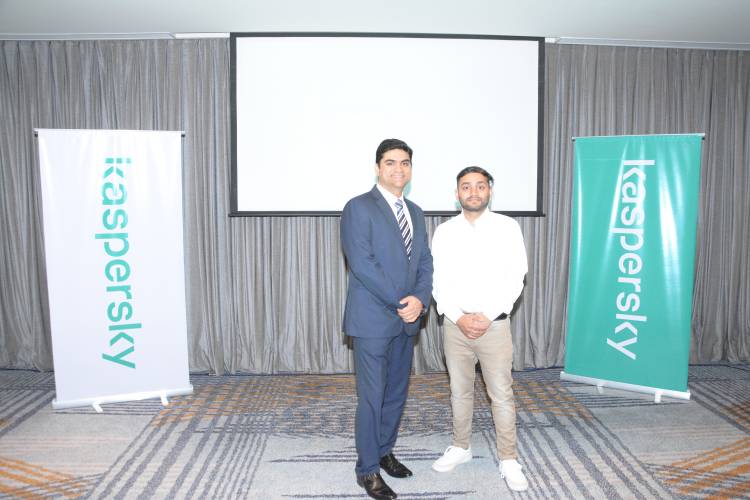 Kaspersky in a recent media event in Bangalore stated that India has shown a positive progress in their fight against cybercriminals. The Country reportedly saw a fall in the number of threats in 2019 as compared to 2018. According to Kaspersky’s KSN reports; from 2018 and 2019 there has been a moderate decrease in the number of attacks targeted at India.

38.8% of the overall Indian Kaspersky users were attacked at least once by a web-based attacks in 2019 as compared to 2018 when it was 40.4%. These threats include file-less malwares, social engineering attacks and other attacks that were targeted through the world wide web. The total number of unique threats detected by Kaspersky products in the year 2019 were 142,250,268.

The local threats or local infections detected in India by Kaspersky products in 2019 were around 231,142,762, bringing the country on the 69th rank worldwide as compared to 2018 when the attacks detected were 297,477,131 and India was in the 47th place worldwide. These attacks usually happen due to major spreading of malware via removable USB drives, CDs and DVDs, and other “offline” methods.

India also ranks 14th worldwide in the number of attacks caused by servers that were hosted in India, which accounts of 8,064,950 incidents in the year 2019.

Mr. Dipesh Kaura, General Manager for South Asia, Kaspersky said, “In my opinion cybersecurity is the most troubled area for any large enterprise. With Kaspersky’s comprehensive portfolio of cybersecurity solutions we are in a position to help organisations to mitigate or respond to any kind of dynamic threats. We want to strengthen our position as a security solutions partner rather than just a point product organisation. The plan is to create more awareness, more mindshare and a dependability on Kaspersky. We also have a very robust plan to engage with our channel partners so that we can work together to combat cyberthreats and build a safer world together.”

Mr. Saurabh Sharma, Senior Security Researcher, Global Research and Analysis Team Asia Pacific (GReAT APAC) said, “In India we did see a decrease in the number of adware and malware attacks, however there has been a huge increase in Riskware attacks from 28% in 2018 to 39% in 2019. The presence of riskware on your machine will allow threat actors to use that legitimate application for malicious purpose.”

Kaspersky has recorded incidents in which legitimate, remote administration programs – such as WinVNC, which has been secretly installed in order to obtain full remote access to a computer. Other examples of riskware include file downloader, software for monitoring computer activity and internet server services – such as FTP, web, proxy and telnet.

How to protect yourself against Riskware

Because there may be legitimate reasons why Riskware is present on your computer, antivirus solutions may not be able to determine whether a specific item of Riskware represents a threat to you. Kaspersky’s products let you decide whether you wish to detect and remove Riskware:

About Kaspersky
Kaspersky is a global cybersecurity company founded in 1997. Kaspersky’s deep threat intelligence and security expertise is constantly transforming into innovative security solutions and services to protect businesses, critical infrastructure, governments and consumers around the globe. The company’s comprehensive security portfolio includes leading endpoint protection and a number of specialized security solutions and services to fight sophisticated and evolving digital threats. Over 400 million users are protected by Kaspersky technologies and we help 270,000 corporate clients protect what matters most to them. Learn more at www.kaspersky.com.

For the first time in Indian history, the largest number of Cardiac Surgeons & Cardiologists...

AkzoNobel India is supporting the painter community by providing an out of turn...

CHARLIE PUTH RETURNS WITH “I WARNED MYSELF

CHARLIE PUTH RETURNS WITH “I WARNED MYSELF”

PAYBACK India Partners with ‘YouWeCan’ Foundation in its...