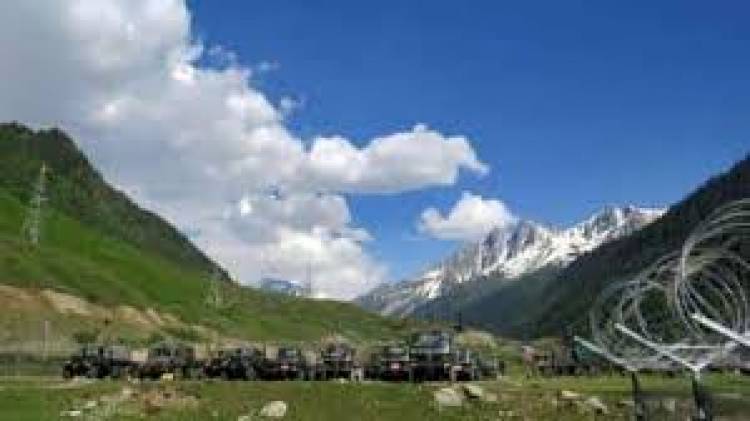 Front-line bases of the Indian army and the air force along the nearly 3,500 km de-facto border with China were Wednesday put on high alert in view of the worst border clash between Indian and Chinese troops in Galwan Valley in eastern Ladakh that left 20 Army personnel dead, official sources said.

The Indian Navy has also been asked to raise its alert level in the Indian Ocean Region where Chinese Navy has been making regular forays.

The decision to raise the alert level of the three forces were taken at a high-level meeting Defence Minister Rajnath Singh held with Chief of Defence Staff Gen Bipin Rawat and the three service chiefs, sources said.

The Army has already rushed in additional troops to all its key front-line bases and formations along the Line of Actual Control (LAC) in Arunachal Pradesh, Uttarakhand, Himachal Pradesh and Ladakh, they said.

The Indian Air Force has already raised the alert level in all its front-line bases tasked to keep an eye on the LAC, the de-facto border.

The sources said the Navy is increasing its deployment in the Indian Ocean Region to send across a strong message to the Chinese Navy.

THE WEAVING OF A SIX YARD STORY

Taneira(from Titan Company Limited), a label for the Indian woman ........

Over 200 sheep and goats were killed by lightning in Jammu and Kashmir's Ganderbal...