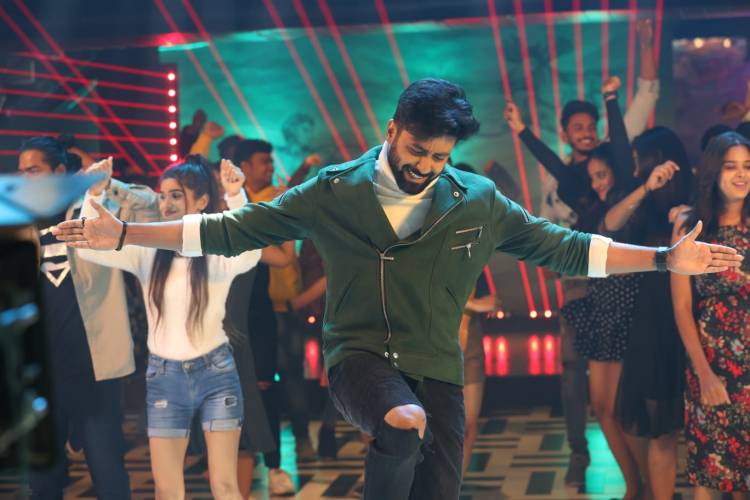 The second single ‘CUTE PONNU’ from Trident Arts R Ravindran’s ‘Enna Solla Pogirai’ starring Ashwin Kumar in the lead role, directed by A Hariharan is getting released on November 20, 2021.

Everything involving Trident Arts R Ravindran’s forthcoming production ‘Enna Solla Pogirai’ starring Ashwin Kumar Lakshmikanthan has been adorning the minds and hearts of film and music lovers. Breezy Rom-Coms have become a rarity these days, and the arrival of the ESP teaser strongly spread its romantic aroma, which was followed by the first single track ‘Aasai’, which wowed the towns instantly. Now the team is exhilarated in announcing the arrival of its second single titled ‘CUTE PONNU’, which will release on November 20, 2021.

Giving insight on this song, director A Hariharan says, “It’s a peppy party track, and will feature Ashwin Kumar, Pugazh, Teju Ashwini, and Avantika Mishra shaking their legs. The song has found an emblazoning youthful and colorful impact with the magical touch of Anirudh, who has crooned it. The peppy numbers of Vivek-Mervin have always been the everlasting anthems of dance floors, and this one is going to be a tremendous pick for the party animals. Moreover, the song will reflect the youthful and colourful mood of this film. Therukural Arivu has penned the lyrics that are more relatable to the current generation, and of course, as already mentioned, Anirudh has nailed it down perfectly with his electrifying rendering.”

@AshokSelvan Thanks for releasing this poster From the team