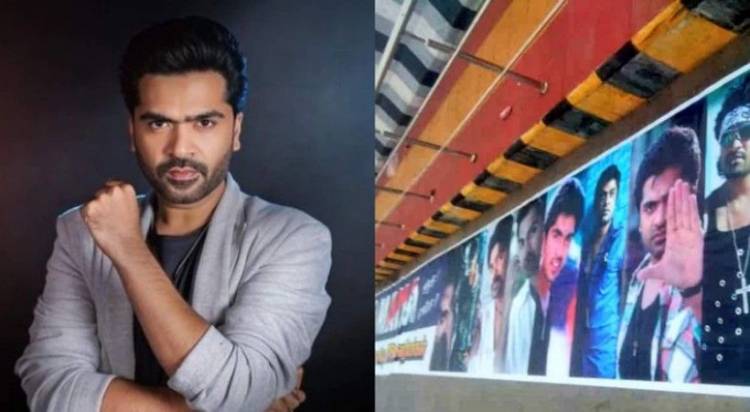 Silambarasan’s 1000 feet banner has been removed from Madurai. Fans of the actor erected a 1000 ft banner in Chennai, as Silambarasan’s next ‘Maha’ is gearing for release. The banner however was erected without the permission of the authorities, and hence it was later removed by the police officials.

Silambarasan is playing an extended cameo in the crime thriller ‘Maha’ featuring Hansika Motwani in the lead role. Interestingly, the film also marks Silambarasan's first release after the blockbuster 'Maanaadu', and fans decided to make a grand gesture by erecting the banner. .

A Thousand Feet banner for the First time in Kollywood Cinemas!The Brand One and only #SilambarasanTR …

Directed by UR Jameel, 'Maha' marks Hansika Motwani's 50th film, and the film also has Srikanth, Karunakaran, Thambi Ramaiah, and Baby Manasvi in crucial roles. The film is reportedly centered on child abuse, and Hansika Motwani will be seen as a strong character, who fights against child abuse.

Silambarasan plays Hansika Motwani's boyfriend in the film, and he will have a screen time of 40 minutes in his extended cameo role. After the breakup, Silambarasan and Hansika Motwani reunited for 'Maha', and this stirred up the expectation for the film as fans await to see their favorite duo back together.

Highly anticipated #EnemyTeaser is Out Now. Get ready to...

Highly anticipated #EnemyTeaser is Out Now. ..