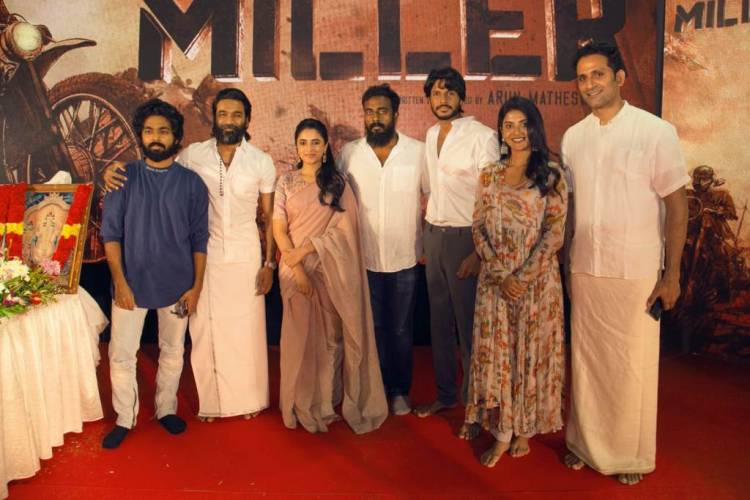 The expectations on Dhanush’s magnum opus ‘Captain Miller’ has been getting bigger ever since its announcement. And finally, the movie is launched as a grand pooja ceremony that was attended by eminent personalities from the film industry, the film’s cast, and crewmembers. The occasion was a first-of-its-kind event in the Tamil industry, which was spangled with magnificent grandeur. The official announcement regarding the film’s shooting schedules will be announced soon.

Captain Miller, a period film set in the period the 1930s-40s and will be released simultaneously in Tamil, Telugu, and Hindi

Here is the Classy look of an Alluring fashionista with...

Here is the Classy look of an Alluring fashionista with her Homely and Traditional...