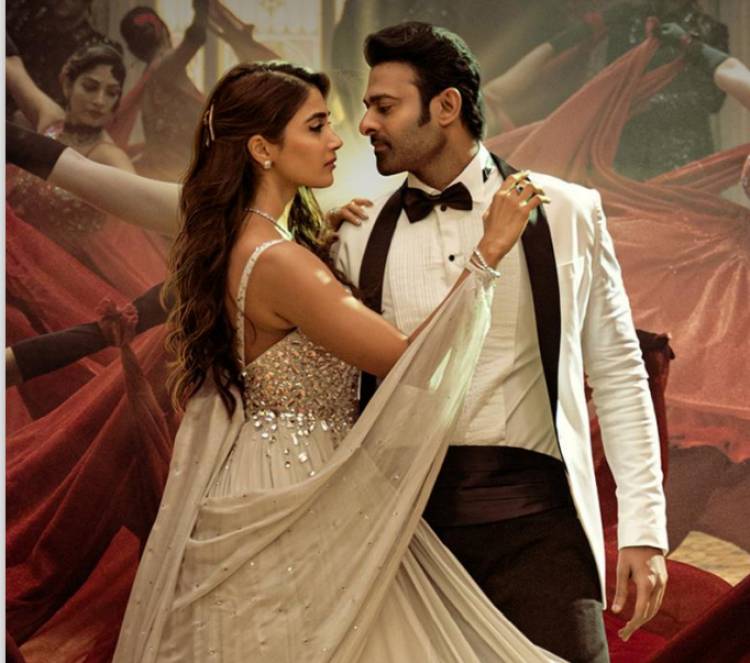 Prabhas-starrer Radhe Shyam to have its World Television Premiere on Zee Keralam
Kochi, 13 July 2022: Radhe Shyam, the mega box office hit starring South Indian superstar Prabhas, will have its world television premiere on Zee Keralam channel. Radhe Shyam will be telecast on Zee Keralam on July 17, at 4 PM.
The fact that Radhe Shyam is being presented on Zee Keralam has created a lot of excitement among the Malayalam film lovers. A huge box office success, Radhe Shyam is just one among the endless list of flicks that Zee Keralam has in store for its subscribers in the coming days. Zee Keralam is lining up world television premieres of more films in the coming days, lining up many successful films.
Radhe Shyam is a box office hit with Prabhas and Pooja Hegde in the lead roles. Directed by famed Telugu filmmaker Radhakrishna Kumar under the banner of UV Creations, Radhe Shyam has in its cast prominent names such as Bhagyashree, Sathyaraj and Jagapathi Babu. The film has been produced by Gopi Krishna Movies and UV Creations.
Radhe Shyam is an intense and contrasting love story between two people with diverse opinions. Vikramaditya is a person who does not believe in love and is very famous in palmistry, while Prema is a girl who believes in science rather than destiny. Though the film narrates the protagonists’ unexpected rendezvous and the blossoming of love between them, the intense tale of two individuals who never get along brings forth a different experience from the usual romantic concepts.
Among the other films being lined up is the critically-acclaimed Malayalam movie ‘Keedam’. Starring Rajeesha Vijayan in the lead, the film that falls in the cybercrime genre is written and directed by Rahul Riji Nair. The film revolves around Radhika Balan, a top cyber security expert who advocates the use of technology for good. Her life takes a turn following a cyberattack, and the tale unfurls thereon. Prominent actors such as Srinivasan, Vijay Babu, Ranjith Shekhar Nair, Anand Manmathan, Mahesh Nair, Manikantan Pattambi, Rahul Riji Nair and Arjun Rajan complete the cast.

The Mesmerizing Promo of #Gangamma Song Sung by @rvijayprakash...

The Mesmerizing Promo of #Gangamma