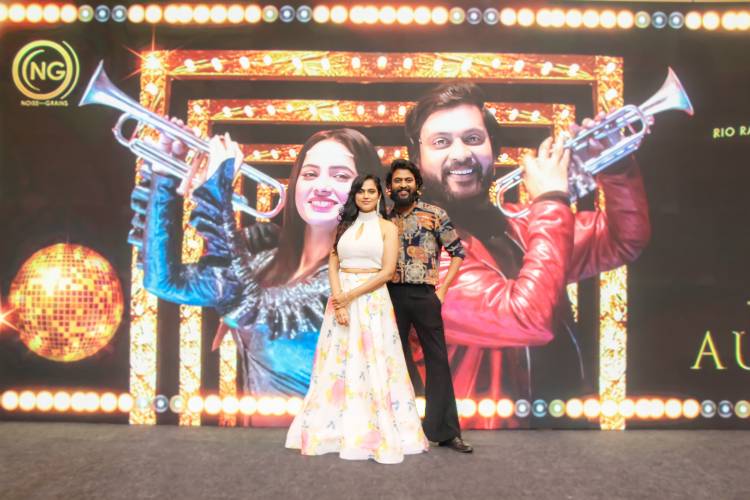 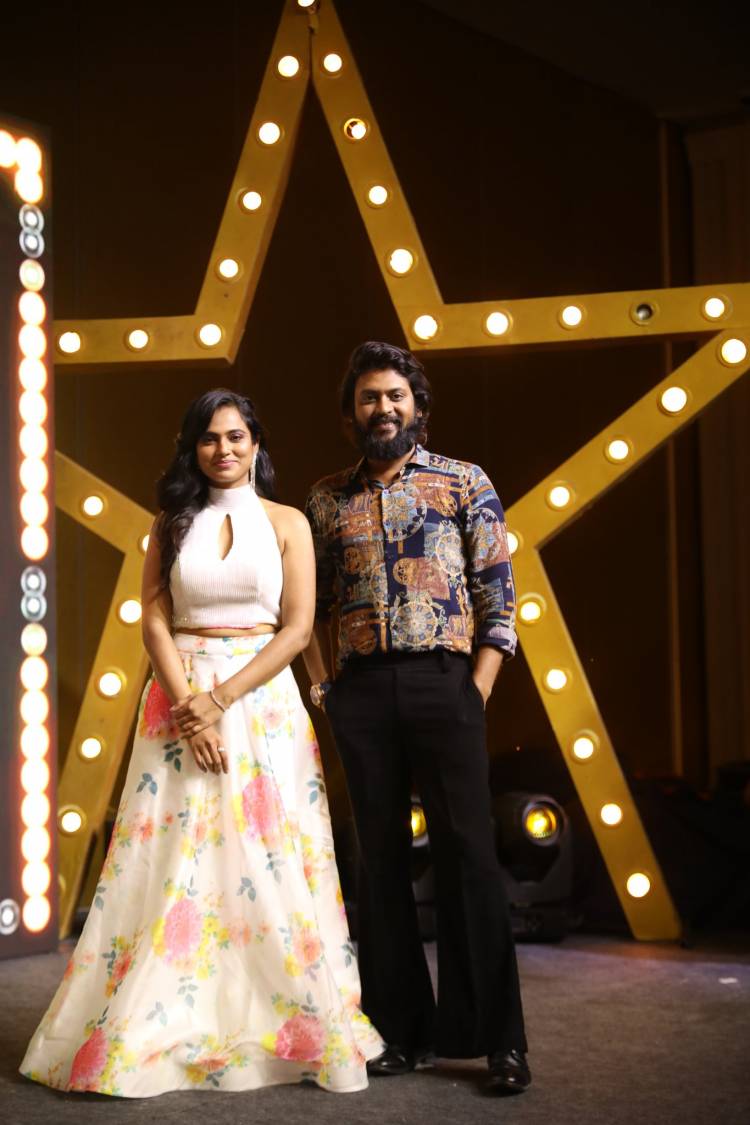 Noise and Grains have earned a reputation for hosting the best musical moments in the Tamil industry and has consistently encouraged the young talents, by showcasing their creative musical artistic potential. Precisely, the brand has carved a niche by displaying the talents of independent music artists as well. It has now revealed the latest outing titled ‘Thota’, a video song featuring Rio Raj and Ramya Pandiyan, crooned by Premgi and Nithyashree. Dev Prakash has composed the music and Britto JB has directed it. The song launch happened amidst the presence of prominent small screen celebrities, and silver screen actors, along with members of the press and media fraternity.

The occasion also witnessed the presence of Bigg Boss fame Raju, Abhirami, Julie, Suresh Chakravarthy, Gabriella, and a few others as well.

Karthik, Noise and Grains, said, “Our previous outing ‘Kannamma’ was a great success. Following this, I was glad and exhilarated when Rio told me about this song. I am elated to be presenting this song, and request everyone to support it.”

Mahavir, Noise and Grains, said, “We at Noise and Grains have been coming up with great efforts in a well-planned manner. Our main motto is to identify the best independent music artists and exhibit their talents in such a way that the world celebrates them. I believe the song will be appreciated by all.”

Director Britto said, “Soon after the success of Kannamma, I opened up about the idea of this song with Rio Raj, and he was okay with it. I shared my thoughts that the song would get escalated if Ramya Pandiyan is also a part of it. He was perfectly okay with it but wanted to know if Ramya would be doing it. She has done a great job in this song. I thank her for the support she has made towards creating this song as we planned. I thank my entire team for banking their hopes on me and exerting their hard work. I thank Premgi and Nithyashree for their wonderful rendition of the song. I thank Noise and Grains for ensuring a greater launch for this song.”

Bigg Boss fame Raju said, “I and Rio have been friends from the early days, where we were desperately looking out for a breakthrough in the movie industry. He is a sincere person with sheer dedication towards his work and is extremely talented as well. He has done a fabulous job with his dance in this song. I am a hard-core fan of Ramya Pandiyan, and I repeatedly watched this song many times for her screen presence and dancing performance. Usually, an audio launch for a movie would happen with such grandeur, and it’s great to see the same impact here for this song as well. I wish the entire team the grand success of this song.”

Actor Rio Raj said, “The idea of Kannama was conceptualized coincidentally during a casual moment on a house terrace. It went on to become a great success. As soon as we spoke about this song to Noise and Grains, they were okay with it. I extend my heartiest thanks to them. Madhesh Manickam is a reputed cinematographer, who has cranked the camera for the big feature films. He was the only senior on our team, and I earnestly thank him for taking up this project. Britto has been remarkable with his directorial works. He will scale greater heights than now. Although Ramya Pandiyan and myself have fought several times inside the Bigg Boss house, both of us are very good friends. I am elated that she has been a part of this song. I thank everyone, who has come here to appreciate and convey their best wishes to us.”

Actress Ramya Pandiyan said, “I have never done any album songs so far. When Britto approached me for this song, I liked the idea and agreed to be a part of it. The entire team was a bunch of positive minds, and it was a gleeful experience to work with him. This song will definitely impress everyone. I request everyone to perform the dance for this song in Reels, and make it a greater hit.”

The Heavenly Look Of Actress #ShrithaShivadas Gives A Perfect...